When world-famous musician John Lennon was pronounced dead on the evening of 8 December 1980, this news shook the world. Even more shocking were the circumstances that surrounded his death.

Only 40 years old at that time, John Lennon was declared dead on arrival at the Roosevelt Hospital, after suffering from multiple gunshot wounds and further complications. He was on his way back to the home he shared with his wife Yoko Ono, which was located at The Dakota in New York City. Mark David Chapman, a fan he even signed an autograph for earlier that day, waited patiently for John Lennon to return from the Record Plant Studio, then shot him five times at close range.

The doctors at the Roosevelt Hospital tried whatever they could do to revive John Lennon, but the wounds he sustained were too much, puncturing his left shoulder, chest, lung, and the arteries and veins closest to the heart. This made him suffer from hypovolemic shock and blood loss.

The severity of John Lennon’s suffering is even more difficult to grasp when juxtaposed with Mark David Chapman’s calm disposition in the hours that followed. It is reported that Chapman was carrying a copy of J.D. Salinger’s The Catcher in the Rye like it was any normal day, and after the murder took place he made no attempt to escape. In fact he just calmly waited for the police to arrest him at the murder scene. His lawyers initially advised him to plead insanity, but he ended up pleading guilty and was sentenced to 20 years to life in prison. He is still at the Wende Correctional Facility in New York, and while he became eligible for parole last 2000, all attempts of parole have been rebuffed so far.

In his most recent parole hearing last August 2014, Chapman mentioned that the murder took incredible planning and stalking. He traveled from his hometown in Hawaii all the way to New York to carry out the “well thought out crime.” Here is an interview he did with Larry King in 1992.

The news of the death was first announced on ABC’s Monday Night Football. News traveled fast, and soon, hordes of fans left flowers and notes outside The Dakota. Thousands of people held vigils, and while there was no funeral, Yoko Ono invited fans from all over the world to pause for 10 minutes and just keep silent, in remembrance of John Lennon. On 14 December 1980, millions responded to her request, including the more than 100,000 fans who gathered outside the building where he was shot. Every single radio station in New York City went off the air for those 10 minutes of silence.

The outpouring of grief from all over the world was enormous. This report recalls other ways on how the fans gave their tributes: Radio stations cleared the airwaves for Beatles music, candlelight vigils were held, and record stores reported that John Lennon’s records were sold out fast. 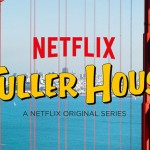 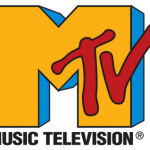