The 1980s is known for many reasons, especially when it comes to fashion or pop culture. Bruce Willis and Demi Moore, Madonna and Sean Penn, Richard Gere and Cindy Crawford – these are just some of the power couples that were really hot topics. Here is a full list of the most memorable celebrity couples of the 1980s:

Madonna was dominating the music industry in the 1980s as she managed to release many bangers – “Like A Virgin”, “Papa Don’t Preach”, and “Like a Prayer” to name a few. During that time, she also married Sean Penn. Their tumultuous relationship included a lot of violence and multiple issues, which is why it lasted only 4 years.

Another power couple that the media loved to cover in the 1980s is Cher and Tom Cruise. The two met during Madonna and Sean Penn’s wedding in 1985. Even though there was nothing serious as a marriage and the fling didn’t last long, Cher did share that Cruise was one of her top five best lovers.

Often considered the “it” couple of the late 1980s and early 1990s, Depp and Ryder first met at the premiere of “Great Balls of Fire!”, one of Ryder’s earlier works. The two got engaged in 1989 but eventually split in 1993. Afterward, Depp began a relationship with supermodel Kate Moss.

After meeting in 1987, Bruce and Demi quickly fell in love and tied the knot. The two starred in several box office hits together, with the most notable of them being “Ghost”, “Pulp Fiction” and “Die Hard”. Due to the media attention among various other reasons, the couple divorced in 2000.

Cindy Crawford is a supermodel whose name was all over the media in America during the 1980s and 1990s. In 1987, she met Richard Gere and they got married in 1991. Mainly because of the 16 year age gap between the two, this marriage didn’t last long and the two called it quits in 1995.

Strange enough, these two world-renowned actors did have a romance in the 1980s. While filming “Firstborn” in 1984, there was a spark between Sarah Jessica Parker and Robert Downey Jr. which lasted until 1991, apparently because of Downey’s battle with drugs and alcohol.

Before becoming a mega superstar, Brad Pitt briefly dated Christina Applegate, who made a name for herself with her work in “Married… with Children” and “Don’t Tell Mom the Babysitter’s Dead”. However, the relationship between the two was cut short after Applegate fell for Sebastian Bach.

Sylvester Stallone hit the peak of his career in the 1980s thanks to his acting skills. That decade, he met and married Danish actress Brigitte Nielsen. The power couple divorced in 1987 but despite that, the relationship between the two was one of the most talked-about by the media and press.

After meeting Kravitz at a concert in 1986, Bonet immediately fell for the singer and it wasn’t long before the two eloped. Following the birth of their child, Zoë Kravitz, however, things fell apart and the couple divorced in 1993.

So that’s our list, do you think we left any power couple out? 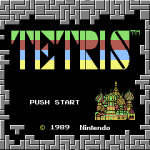 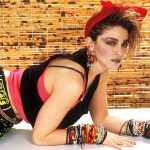