Some restaurants were so popular in the 1980s that they’ve gone on to become iconic parts of the decade’s pop culture lore. And although they were great while they lasted, not all of them were long-lasting.

Whether they’re no longer around or just hard to find, this article looks at six 1980s restaurants that are way past their better years.

80s Restaurants That No Longer Exist

If you grew up in the 1980s, chances are you will remember a few of these on the list. These restaurants were huge, and then all of a sudden they disappeared. And some may wonder how they even got so popular in the first place!

So what were the most epic 1980s restaurants that no longer exist, or are at least no longer can be found everywhere like they once were?

Bennigan’s was a popular chain restaurant in the 1980s known for its Irish-themed décor and menu items. It was founded in 1976 by Norman E. Brinker and offered a variety of American cuisine, with an emphasis on seafood dishes.

The company filed for bankruptcy in 2008, closing all but 15 locations nationwide. The fantastic thing about this restaurant is that it excited investors and consumers alike, making it one of the most successful restaurants in history. However poor business decision and mismanagement eventually led to the downfall of Bennigan’s.

Roy Rogers was an American fast food chain specializing in roast beef sandwiches, fried chicken, and french fries. Founded by Azar’s Big Boy restaurants in 1968, it grew to be one of the largest chains of family-style restaurants with 42 locations nationwide.

There are still a few remaining Roy Rogers restaurants in New Jersey, Virginia, Maryland, and Pennsylvania today. Unfortunately, most Roy Rogers restaurant locations were sold or closed during the 1990s and 2000s because they could not compete against other fast food chains.

D’Lites was a chain of fast-food restaurants that specialized in healthy food options. The first D’Lites opened in 1978 in Norcross, Georgia. The restaurant quickly became popular for its low-fat menu items such as grilled chicken, fish, and salads. By the early 1990s, there were over 100 D’Lites locations across the United States.

However in 1986 the company filed for bankruptcy. One reason for the company’s demise was its inability to compete with other fast-food chains like McDonald’s and Burger King, which had more extensive and cheaper menus.

All-American Burger was founded in 1963 by Aaron Binde who was a successful stockbroker. He had grown up on the west coast and remembered the hamburgers his mother would make for him. Binde named his restaurant after the hamburger joint he had frequented as a kid. The menu at All-American Burger included one item: their signature All American burger.

However in 1981, things went downhill when they lost their leases, and as time passed, the restaurant’s small-sized waiting and ordering area led to long waits, which of course meant dissatisfied customers.

Beefsteak Charlie’s was a chain of restaurants founded in 1976 by Larry Ellman which specialized in steak and seafood. The restaurant was known for its Surf & Turf platter, which included a filet mignon, lobster tail, and shrimp. The chain began to decline in the late 1980s, and by 1991 all of the Beefsteak Charlie’s restaurants had closed.

G.D. Ritzy’s was an “All-American” restaurant serving classics like hamburgers, hot dogs, and sub sandwiches. Touting itself as a 50’s style café, it was a throwback style diner that was all the rage in the 80s.

If you remember popular movies like “Back To The Future” (1985) featured scenes with old school cafes, and the nostalgia for these kinds of restaurants is what made G.D. Ritzy’s initially popular when they first opened in 1981.

At the peak of their popularity G.D. Ritzy’s had 95 locations, however these days all but 6 locations have closed.

Amazing restaurants have been around for decades, but some iconic American restaurants of the 80s have closed down most, if not all of their locations. It’s always sad to see once great American brands all but fall off the map, but the restaurant business as we all know ain’t easy!

We can only hope that these restaurants make a comeback in the future so we can enjoy their delicious dishes again! However for those of us that grew up in the 1980s, these restaurants will always hold a special place in our hearts. 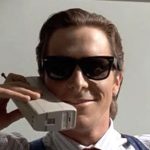 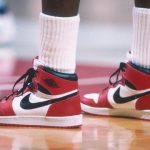