If you grew up in the 1980s, chances are you have fond memories of the classic trucker hats that were so popular then. Although the trend has waned over the years, they remain some of the most iconic headgear that the world has ever seen.

In this blog post, we’ll take a trip down memory lane to explore some of the most popular trucker hat logos of the 1980s. From major brands to election merchandise, these logos have a special place in the hearts of those who lived through the era.

Iconic Trucker Hats Of The 1980s

With trucker hats being everywhere in the 1980s, there were so many epic designs that we could have chosen for this article.

However here are our picks for the most memorable trucker hats of the 1980s:

The iconic logo of Coca-Cola was one of the most popular trucker hats logos of the 1980s. It was sported by many of the country’s biggest stars in the music and movie industry, and even became a fashion statement along with Coca-Cola clothing. The classic red, white, and black design was perfect for any trucker looking to make a bold fashion statement.

The Coca-Cola logo has been an enduring symbol of the American way of life and has become an iconic part of pop culture. Whether you were into classic rock, hip-hop, or classic country music, you could be sure that the Coca-Cola logo was represented. The classic design continues to be a popular choice today and is a timeless symbol that is recognized around the world.

Of course we couldn’t mention Coca-Cola and not their biggest rival Pepsi. The iconic Pepsi logo was also one of the most famous trucker hats of the decade. The bright red, white, and blue logo was eye-catching and made a definitive fashion statement. Not only that, but it represented the brand’s promise of refreshment and energy.

It was one of the most recognizable brands of the era, with its unique combination of a classic American style with a modern edge. The brand is still notable today, as it continues to be a favorite of many. Whether it’s featured on a trucker hat or a can of soda, the Pepsi logo still is a fashionable one today.

Trucker hats were generally worn by the working class, and it should be no surprise that a popular pastime of many of these men during the 1980s was fishing. And of course Bass Pro Shops was where they went to get all their tackle, and these iconic trucker hats also were popular among their customers.

Not only was the hat very cool looking, it also served a functional purpose of keeping your face shielded from the sun when you were out fishing. It was advertising for Bass Pro Shops and protection for its wearer, really a win-win for everyone involved.

Budweiser was one of the most sought after trucker hat logos of the 80s. Its bright red and white colors made it easily recognizable, and it was a way to represent your favorite beer company. The company’s slogan, “This Bud’s for You,” also made the logo highly recognizable among truckers.

Even though Budweiser is a beer company, its hats were worn by many non-drinkers during the 80s, as its bold colors and memorable logo made it a fashionable accessory. In addition to wearing it on the road, many truckers would proudly display the Budweiser logo when they stopped in towns and cities, showing off their loyalty to the iconic brand.

The election of Ronald Reagan in 1984 was a significant event for the United States and is often associated with trucker hats. The trucker hat industry quickly adopted the Reagan-Bush 84 logo as a way to show support for the President and his campaign.

The logo was usually printed on the brim or front of the cap and was a popular choice among truckers, who proudly sported the hats as they traveled around the country. The logo remains a popular reminder of Reagan’s historic election and is still occasionally seen on trucker hats when it comes to 80s throwback fashion.

One of the most popular trucker hats of the 1980s was Sega, the logo of the infamous 80s video game company. Although Sega’s logo changed over the years, the original design was just the words “SEGA”, though some hats also used in the 1980s featured an image of the company’s mascot Sonic the Hedgehog surrounded by a blue circle.

This logo was often featured on trucker hats and other apparel and incorporated into Sega’s promotional materials. As Sega grew in popularity, the trucker hat logo symbolized the company’s success. Today, the logo is still featured prominently on Sega’s products, including games and apparel, and serves as a reminder of how influential Sega was in the 1980s.

Before people cared about mouth cancer, chewing tobacco was all the rage in the 1980s. Their even was a popular bubble gum created that mimicked chewing tobacco that was popular with kids!

So it should be no surprise that a chewing tobacco company would have one of the most epic trucker hats of the 1980s. Red Man Chewing Tobacco had a hat with its iconic logo on it, and it was quite popular with both tobacco and non-tobacco users.

So those are our picks for the most epic trucker hats of the 1980s. Do you think we missed any? Regardless we hope that this blog post brought back some fun memories of these cool 80s hats that were so popular back in the day. 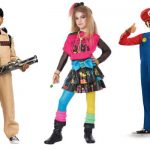 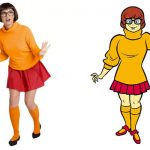 What were some of the most memorable 80s watches ever made? The 1980s were a time of bold fashion s[...]