For almost as long as you can remember, Jenga seems to have been a part of “Board Game Night” in America. Whether it be the actual game or the various drinking games played with it, to this day Jenga continues to entertain millions of people across the world. However did you know that Jenga was actually a product of the 1980s?

Though Jenga seems like it’s been around forever, the original prototype was actually created by Leslie Scott in the 1970s. It is now owned by Hasbro, Inc., and has been licensed for production and distribution to different countries worldwide.

She initially called it “Bristle Blocks” but changed the name to Jenga because of its Swahili origin; this is a word meaning “to build.” The new name was made official in 1985 when she began selling her game at London’s Harrods department store under the title of Jenga. After being sold only as a handmade product for years, production began on a larger scale in 1989.


To play Jenga, players must take turns removing one block at a time from a tower constructed with 18 layers of three blocks each. Each removed block is then placed on top of the tower, creating a progressively taller structure; the player who disturbs the entire structure (by not placing the removed bricks back on top) loses that round. There are three main categories: “Original,” “Balanced,” and “Deluxe.” The former is the widely known game in its original form. Balancing requires that no block should be moved. If moved, it would make the tower fall; in Deluxe, players are only allowed to remove one hand at a time.


Though it officially came to market in the early 1980s, Jenga really didn’t become very popular until the end of the 1980s when it became more widely mass produced, and the game really had a great run from then all the way into the 2000s. It also continues to still be very popular today, though it’s obviously less so these days with all the more technologically advanced options available to kids.

Browse Jenga And Other Games On Amazon Here

It should come as no surprise that over the years Jenga is consistently recognized as one of the all time great games with its millions of players around the world. Jenga is considered a “classics” toy, and in 2004 was recognized in the National Toy Hall of Fame at The Strong Museum.

Jenga’s international popularity is mainly due to its availability in major toy stores and its relative affordability in comparison to say video game consoles and computers. The game was not an instant hit when it debuted commercially in 1983, but it slowly gained momentum through the 1980s until it became the success that it is today.

Jenga’s success can also be attributed to its versatility; for example, Jenga has been played as both a family-friendly party game as well as a drinking game (in which “drinking” often translates as simply taking sips of beer or other alcoholic beverage).

Jenga has been exhibited in art galleries and performed as a theater show. It can be found at toy stores, video game arcades, and beachside bars.

Starting in the mid-2000s, Hasbro began creating themed versions of Jenga with themes such as Star Wars and Marvel Comics superhero characters. These variations introduced the game to a whole new audience, and it helped continue to keep the game relevant to players in the 21st century.

Jenga’s popularity has also been furthered due to it’s presence in pop culture over the years. Jenga was also played on the reality television series Survivor: Gabon, which noted fan favorite Bob Crowley won. It has been featured on the television shows Friends and Mad Men, and released as a video game for Nintendo Wii and DS consoles. Versions of Jenga have appeared with SpongeBob SquarePants and Peppa Pig branding.

The most recent version of Jenga is called Giant Jenga; it’s made up of 60 larger sticks (5cm x 5cm), making building taller towers much more difficult than usual.

Jenga still remains one of the  best board games of the 1980s that has made its way into households worldwide and continues to grow in popularity even today. And we can attribute its origins really to the best decade ever, the 1980s. 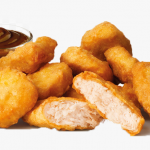 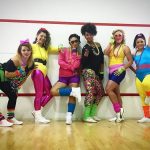