The 80s goth fashion movement is one of the most unique in recent memory. The 1980s were an amazing decade as far as fashion goes, and the goth fashion of the time was no exception.

People in the 80s were definitely fashion conscious for sure, but it was especially the case for certain subgroups such as the punks or grunge fanatics. However, one subgroup in particular that went through a lot of fashion changes in the 80s was the goth subculture.

More concretely, the goth style was born during the beginning of the 80s and came with a very new, dark, and slightly morbid clothing style. So if you’re interested in learning more about the most prominent goth fashion trends during the 1980s, then you’ve definitely come to the right place!

So if you’re wondering what were some of the most popular 80s goth fashion trends, we got you covered here.

So let’s go over some of the most memorable items that you can add to your 80s goth fashion wardrobe below:

First and foremost, it shouldn’t come as a surprise that fishnet stockings were a fixed feature in the average goth’s wardrobe during the 1980s. Fishnet tops were huge in the 80s, but it was the signature black fishnet stockings that had the ability to make any outfit look more rugged and tough, and that’s precisely what the goth subculture was all about. It was especially common for goth people to wear fishnet stockings underneath a ripped pair of mom jeans.

Typically, goth clothing during the 1980s was almost always black. Sometimes there were hints of other colors such as silver or red, but black typically prevailed at all times.

That’s because the goth subculture has generally always been associated with horror, supernatural powers, morbidity, and darkness. Wearing black clothes only highlights this, so that’s precisely what the goth people during the 80s continuously strived for!

The classic Doc Martens boots were immensely popular among many genres of fashion during the 80s. They were already very well-liked during the 70s, and this trend only continued into the 80s. Hence, they weren’t only popular among the general population, but they were especially worn a lot by certain subcultures such as the punks and the goths.

Goth people often used to wear Doc Martens Boots with a pair of mom jeans or dark pants, and also pair it with a leather jacket for good measure. The combination of Doc Martens boots with the above-mentioned fishnet stockings was also a combination that appealed to many goth people.

So when the goth fashion style was brought to life in the 1980s, this also meant seeing women in dark corset-style clothes and black chokers walking around the streets. And that’s precisely the beauty and charm of the goth fashion style. It’s remarkably versatile, and truly gives goth people the ability to express themselves whichever way they like.

As mentioned before, goth people have always been very invested in learning about supernatural powers and transcendent phenomena to obtain some understanding of the topic. This was also reflected in the main goth fashion trends during the 80s.

Finally another crucial aspect of the goths’ self-expression at that time had to do with their hair and makeup. And as far as hair goes, people liked to slick their hair as much as possible. They also often painted it jet black to fit the dark goth vibe, though sometimes they would dye a streak another color to add some flare.

As far as makeup goes, it was very common among goth people in the 80s to wear a lot of black eyeliner and black nail polish, though sometimes women would add some purple or red to mix things up. This was not only common among the female goth population but among the male population as well. In that sense, the goth fashion style was most definitely ahead of its time!

Besides hair and makeup, there are also a lot of people within the goth subculture who used piercing and tattoos as a means to express their goth identity. This was the case during the 80s, but it’s actually still the case today so that’s something to take into account if you’re interested in the goth fashion style.

Yes 80s goth fashion is still popular today, though we can more broadly drop the “80s” part as not much has really changed in terms of the clothing and makeup. Just like 80s punk and rock fashion, 80s goth fashion is one of those timeless trends that continues to be popular among its practitioners.

So if you’re looking to explore 80s goth fashion, try to start with the aforementioned clothing items. We think it’ll help you get started on the right track, and it’s a great way to bring an interesting sub-genre of fashion back from the 1980s. 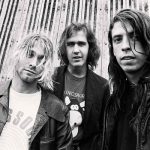 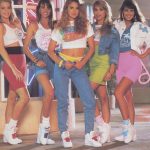 When it comes to the best decade ever, people don't really think about 80s casual fashion. The 1980[...]