In Mike Tyson’s Punch-Out!! players assumed the role of a greenhorn boxer named “Little Mac”, who is coached throughout the game by “Doc Louis”, who was an ex-champion boxer himself.

Oddly enough, Little Mac was tiny compared to all of the other boxers he faced in the game. Yet with his small stature came quick moves, and Little Mac also had a powerful uppercut that when timed properly packed quite the punch!

After defeating opponent after opponent in a series of fictional boxers worldwide, each with increasing difficulty to beat as the game went on, Little Mac eventually gets to face the world heavyweight champ “Iron Mike”. And if somehow you were able to defeat one of the most difficult bosses in all of Nintendo, you would become the World Video Boxing Association champion in the end!

Mike Tyson’s Punch-Out!! was revolutionary when it came out. It was one of the earliest games to use cut scenes to advance the story. These cut-scenes featured live-action videos of Mike Tyson himself (or a puppet resembling him) and were used to motivate players as they made their way up the ranks. The game was also praised for its graphics, which were significantly better than most games of that era.

What made Mike Tyson’s Punch-Out!! so addictive for gamers was its challenging gameplay. Players had to use quick reflexes and strategic thinking in order to dodge and counter their opponent’s punches. The last fight against Iron Mike was notoriously difficult, and many gamers never beat him, even after dozens of tries!

What Made Mike Tyson’s Punch-Out!! So Popular?

The game was popular in the 1980s because of its addicting gameplay, motive-building cut scenes, and overall simplicity. It’s a relatively straightforward game to play, with only 3 buttons being used for most actions. The controls were simple enough that kids could understand them with little trouble, but it was still an engaging experience even with all the simplicity.

Some people remember playing through this game when they were younger (they’ve never actually beat it), and while some games get boring after time, Mike Tyson’s Punch-Out!! is one of those rare games that remains fun regardless of how many times you play it.

Back in the day, most people loved to play this game. It’s hard to say why for sure, but you may think it has a lot to do with the excitement and anticipation that comes with each new challenger.

They also had quite the cast of goofy characters that you had to face, each with their own unique personalities and style of fighting.

They also set the game up in such a way that you’re always working towards a climatic goal, and when you got beat, you had to usually start over which was devastating.

It was all about putting it all out there. You might be down by two rounds against Piston Honda, but if you can make a comeback and win the match, you felt like you could do anything.

That’s what made the game so much fun – the sense of accomplishment you felt after winning a tough battle. And with Mike Tyson as the last opponent, there was no more significant challenge, and no more satisfying victory for those skilled enough to take him down!

If you’re looking for an enjoyable trip down memory lane, or if you want to experience one of the most popular video games from the 1980s for the first time, be sure to check out Mike Tyson’s Punch-Out!! for the NES. It’s a classic that’s sure to give you hours of enjoyment, and it will bring back that feel good nostalgia from your childhood. 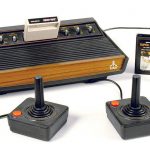 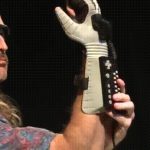