A fringe jacket is a jacket style with decorative trim on the front part and bottom hem. The trim is an extension of the main jacket material and is cut into small strips that connect to the main body. The fringe appears instead of a traditional seam at the end, and this style of jacket hit its heyday during the 1980s.

The fringe style was initially used in fashions for various Native-American tribes to repel rainwater from their bodies while ensuring they didn’t waste garment materials by trimming seams. The style became more visible in fashion in the early twentieth century, but it wasn’t until the 1980s that fringe became popular for jackets.

Leather is the most common material in fringe jackets, although denim jackets are also available. These jackets were made mostly for women, but there were also some styles for men that were very popular as well. So why were fringe jackets such a popular fashion in the 1980s?

Fringe Jackets In The 80s

During the 1980s style was all about pushing the envelope, and fringe jackets fit the bill perfectly. Fringe jackets add a distinct motion look to any outfit, as the fringes on the jacket can move alongside the wearer to create a dynamic effect. People could even add unique details and tassels to these fringes to add a customized style which was what 1980s fashion was really all about.

The fringe jacket became widespread in the 1980s as many fashion designers were inspired by Native-American designs, and the increasing demand to bring cultural awareness to fashion brought these types of designs to the forefront.

The fringe style offered a cowboy-style look, as the fringes on the front could be tanned or lightened to stand out from the rest of the fabric. Some designers would also add a fringe to the hem, although that was an optional choice.

Various celebrities also started rocking the fringe jacket style which of course further popularized the look with the masses. However it was probably Mia Sara in the hit movie “Ferris Bueller’s Day Off” (1986) that put fringe jackets on the map. Her iconic white fringe jacket that she wore in the movie as “Sloane Peterson” put this style of jacket front and center, and really helped popularize the look in the 1980s.

1950s culture was also making a small comeback in the 1980s, and the rugged old school cowboy look of the era made fringe jackets the perfect choice for anyone that was interested in that fashion. The fringe jacket style offered its wearers a fun cowboy look, plus it gave off a James Dean-like rebellious style.

There’s also a sexiness to fringes that made them in demand. When applied on the hem and paired with short shorts, a fringe could reveal a bit of a woman’s leg as she moves, which again pushed the envelope of fashion at the time.

Is The Fringe Jacket Still Popular?

Fringe jackets remain a hot fashion item for men and women today, as fashion labels like Steve Madden, Zara, Anthropologie, and Scully make and sell these jackets. These jackets can also be found in Western-themed stores like Boot Barn or Country Outfitter, and we do see celebrities from time to time wearing them out and about.

Women can wear a fringe jacket alongside a halter top and flared knit bottoms. A fringe shoulder bag can also go with an outfit, while platform boots or sandals can complete the look. Denim jeans will be great for men who want to wear a fringe jacket, although darker jeans colors are always better.

So are fringe jackets making a fashion comeback? Only time will tell. Though not as popular as they were during the 1980s, we are still glad to see that the fashion is still around today. 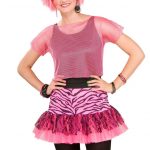 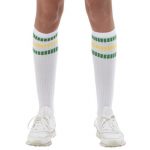