The Hungry Hungry Hippos game is one that you probably played at least a few times if you grew up in the 1980s. It was fun, challenging, and a popular game even amongst adults.

Hungry Hungry Hippos is a tabletop game originally introduced by Milton Bradley in 1978, however it wasn’t until the 1980s when the game really took off in popular culture.

The game is for two to four players and involves each player controlling a hippopotamus that will gobble up marbles in the middle of the playing field. The goal is for a player’s hippo to have eaten the most marbles at the end of the game.

Hungry Hungry Hippos was one of the most popular games for kids in the 1980s, and it still continues to be popular today. It continues to be made today by Hasbro and has even been the subject of tournaments.

So why was Hungry Hungry Hippos so popular during the 1980s?

The main reason that Hungry Hungry Hippos was so popular was the game was just plain fun. It could be played with 2-4 players, and it was heart pounding action as you tried to beat your opponent. The loud noise of the handles and chomping of the marbles further added to the atmosphere of the Hungry Hungry Hippos game, and the white marbles dancing on the board game was simply mesmerizing.

Another reason for the popularity of Hungry Hungry Hippos comes from its memorable characters. The game’s four hippo characters feature distinct colors, with many players often having their favorite. The hippos have always been orange, yellow, green, and pink, but their names often change. For instance, the green hippo was originally named “Homer Hippo” but was renamed “Veggie Potamus” in later editions.

Regardless of the name, lets face it, hippos are just hilarious characters. Though dangerous in real life, on a board game there is no other animal that we could see be the controller to gobble up marbles.

However despite the original hippo controller origin, the game has since expanded to include many other special editions. These include editions with farm animals, dinosaurs, unicorns, and even a fan-made version inspired by Nintendo video game characters.

A Test of Dexterity

The simplicity of Hungry Hungry Hippos is another part of why the game is popular. The game focuses on the player’s dexterity, as the player who can respond the fastest when there’s a marble to be eaten will be the most successful.

While anyone could keep on pressing the button to control one’s hippo, only those who press it at the right time when the hippo and marble are in the right spots will win. This point is especially critical late in the game, as those last few marbles could deflect off of a hippo if the player tries to eat it up at the wrong time.

Hungry Hungry Hippos can also develop a child’s motor skills, as it helps a child understand how to come in contact with buttons or levers.

It also helps kids learn how to count, as all the kids in one game can count how many marbles each has after the game ends. They can compare numbers with each other to determine who is the winner. The distinct educational features of Hungry Hungry Hippos make it a popular game to play at preschools.

Milton Bradley also produced some entertaining commercials for Hungry Hungry Hippos in the 1980s. It’s hard for kids of the 1980s or the 1990s to forget about some of the commercials they grew up watching.

Chances are if you were a kid watching Saturday morning cartoons, you probably saw your fair share of Hungry Hungry Hippo commercials as they were heavily advertised during the height of the game’s popularity. The commercials were goofy, gluttonous, and just funny to watch:

The Hippos Are Still Popular Today

Hungry Hungry Hippos may be synonymous with the 1980s, but it is still being made by Hasbro today under its Elefun and Friends line. There’s also a travel version of the game with a clear bubble top to keep the marbles from falling out, plus an arcade game where players can earn tickets by gobbling up more marbles.

There are even tournaments involving the game out there, including some that occur as part of holiday festivals, college campus events, and many other occasions. The ongoing popularity of the game shows how something popular in the 1980s can still live on today. 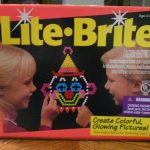 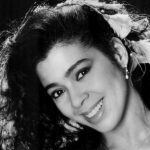