If you grew up in the 1980s, you probably remember when the Polly Pocket toy came out. Chris Wiggs came up with the idea for Polly Pocket toys in 1983 for the sake of his daughter Kate. He created a miniature home for the doll by fashioning it out of a compact for powdered makeup.

This novel idea was eventually licensed to Bluebird Toys of Swindon, England, and the company released the first official Polly Pocket toys to the public in 1989.

Polly Pockets were really something you wanted to possess —shiny pastel cases that sat in a plastic tub on the center shelf. Hidden in those plastic enclosures were complete worlds, tiny little people and tiny little homes, and a bunch of other stores and more. During the 1980s they were every girl’s dream toy.

The first Polly Pocket toys were little plastic cases that, when opened, revealed a dollhouse or other setup. Inside the box were miniature figurines of Polly Pocket characters that stood no more than an inch tall.

The dolls, similar to the case, folded in the middle and had circular bases that were able to fit into holes in the interior of the case. This made it possible for the dolls to stand firmly at certain locations throughout the home. This proved to be especially helpful when shifting points in the case.

In the early 1990s, Mattel and Bluebird Toys worked out a distribution agreement for the sale of Polly Pocket products. During the year 1998, Bluebird Toys was the target of several hostile takeover efforts, which continued until Mattel finally bought both the brand and Bluebird Toys later in the year. During this time, production was stopped or slowed down. The sets that were manufactured by Bluebird Toys are today considered to be significant collectibles.

Polly Pocket was the kind of essential toy that could be found on the shelves of every playroom in every house. These tiny spheres of enchantment should have been continually made over the years, however unfortunately they were discontinued.

They are still however available for purchase through eBay. It would appear that Polly Pocket still has quite a loyal fan base, as each fading piece (with characters frequently lacking a leg or crucial face characteristics like eyes and mouths) is fetching a significant chunk of money secondhand.

In February of 2020, eBay seller bracham3788 offered a multi-colored cornucopia of several Polly Pocket compacts and houses as part of a lot for sale at a price greater than one thousand dollars.

Some of the sets were full while others were essentially simple shells with one or two accessories each. Given that this particular advertisement received more than sixty bids, its final price may have been significantly higher (or significantly lower) depending on the day.

If you have some old Polly Pocket compacts that are just gathering dust in a box somewhere, you might want to think about getting rid of them for a few hundred dollars so that you can use that money toward something else.

Regardless if you played with Polly Pocket as a kid, or are looking to make some money as a collector, if you grew up in the 80s you’ll always fondly remember this toy. 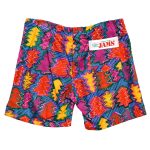 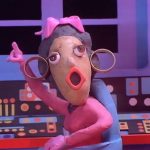