There is no doubt that the 80s were home to some amazing and epic fashion trends that we will never forget and one of those trends was satin gloves. These gloves typically went up all the way up to or past the elbow, and they were usually worn to formal events along with an evening dress.

They were a staple of celebrity award shows and galas, and just about every woman who was in the public eye at one time or another has been photographed wearing them.

We are sure you’ve seen photos of fabulous ladies in floor-length gowns accessorized with satin gloves, and they make an outfit go from great to amazing! So let’s have a deeper look at this trend and where it stands in fashion today.

The History Of Satin Gloves

The wearing of satin gloves goes a long way back but they were something that was originally only worn by royalty and extremely wealthy women who wanted to show off their riches. They helped to show a woman’s social status and were also known as “evening gloves” and “opera gloves” because they were often worn to the opera.

Another reason why gloves were worn was to protect women’s hands from diseases (which were rife back then) and also to keep hands soft and youthful. As the years evolved so did gloves and they were worn in a whole variety of different materials, not just satin.

Satin Gloves In The 80s

Before we get to the 80s, let’s talk about one of the most iconic photos where the woman in question is wearing elbow-long black satin gloves and looking amazing in doing so. You guessed it, Audrey Hepburn, on the Breakfast at Tiffany’s poster. Hepburn is the picture of elegance and after the movie came out, there were more and more women getting themselves satin gloves to wear too.

Shooting forward to the 80s, there were some recognizable stars who rocked the unique satin glove look. Drew Barrymore, Stephanie Beacham, Madonna, and more were seen wearing satin gloves.

While gloves started off as a symbol of wealth, they became more of a fashion statement as the years went on. In the 80s, you could find women up and down the country getting on board with this trend and they were particularly popular in higher-end places like cocktail bars.

You might think that satin gloves would have no place in the fashion industry today but you would be wrong! They might not be the most popular accessory out there but people are definitely still wearing them.

Some well-known figures who have been seen wearing satin gloves in recent times at red carpet events and even on stage are Dua Lipa and Ariana Grande.

When a big celebrity is snapped wearing a particular trend, they are sold more in shops because people want to look like their idols. That is even more true today than it was in the 80s thanks to things like social media.

If you have some kind of event or party coming up and you think that satin gloves could suit the occasion in question, why not just do it? There are many places where you can buy these types of gloves and they are guaranteed to be a talking point however you style them. 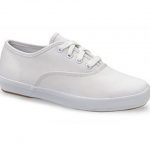 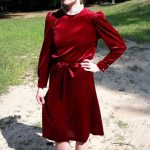