If you grew up in the 1980s chances are you chewed some Big League Chew Gum. Only in the crazy 1980s could a candy like Big League Chew exist, as what company in their right mind today would create a gum that mimicked cancer causing chewing tobacco? Well friends the 1980s was a different time indeed!

Going to baseball games was all about the crack of the bat, the roar of the crowd, and watching your favorite players perform with incredible talent. Everyone loves both baseball and candy, so it wasn’t surprising that a product that blended the two would be a smashing success. And when Big League Chew came onto the scene in the early 80s, this shredded chewing gum changed the candy game forever!

How did this bubble gum brand take over the world of bubble gum so quickly? And how did it stay on top? Here’s the story of Big League Chew — a brand whose bubble gum took over baseball and candy…and never let go!

Big League Chew gum is a shredded bubble gum made in America. It has been manufactured since 1977 and distributed nationally since 1980. It has also become popular in other countries, including Canada, Australia, Taiwan, Japan, Italy, and France.

So far, over 800 million pouches have been sold, with an estimated four million people chewing Big League Chew daily. Today, if you see someone chewing a pink bubble gum flavored wad of gum, there’s about a 40% chance it’s Big League Chew.

Big League Chew gum is one of the most popular candies of the 1980s, so much so it was even featured on an episode of Adam Eats The 80s here:

Rob Nelson, the creator of Big League Chew, was on his way to an orthodontist appointment when he had an idea for chewing gum. When offered a piece, he noticed how the taste would change depending on what type of food or drink it was chewed with.

So, he mixed and matched different flavors and chewed them together to see what they tasted like. The result? He ended up with what we now know as Big League Chew!

Of course the flavor profile wasn’t the only draw to big league chew, the shredded texture of the gum was created to hopefully appeal to kids who wanted to be like their favorite baseball stars. Thus the gum was shredded and packaged with a baseball theme, and the rest as they say is history!

The Flavors Of Big League Chew

Big League Chew has a wide variety of flavors including Sour Apple, Original, Cotton Candy, Grape, and Watermelon. It also has some non-traditional flavors like Cinnamon Bun.

Regardless of your taste preference, you can’t deny the classic nostalgia associated with this chewy treat. For those who have yet to experience what made Big League Chew so popular in the 1980s and 1990s, you can start with our favorites cotton candy or watermelon.

Oh and in case you were wondering, here are the ingredients of Big League Chew:

Yes, Big League Chew is still a popular baseball-themed brand of chewing gum. You can find it in most convenience stores and grocery stores. With over 800 million pouches sold by 2010, Big League Chew was ranked as one of America’s top five non-chocolate candy brands.

Every year, the company that makes it sells about $16 to $17 million of Big League Chew gum. This makes sense since bubble gum has been a favorite among children and adults for decades, making it the perfect product for entertainment such as Major League Baseball, where millions of people come together every day to watch these games.

Big League Chew is a classic and should be remembered as one. It is not your typical children’s gum, but both kids and adults love it and like to chew on it while watching their favorite team play. The flavorful gum is great for chewing anytime, and the experience is something you can’t forget. And this is why Big League Chew gum is a product we will always remember from the best decade ever. 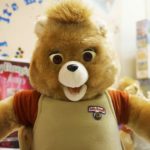 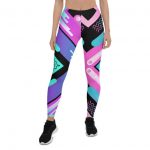