When it comes to sweets, it’s hard to beat a good 80s candy treat. Nothing takes you back to the days of youth, quite like your favorite candy and sweets. And in the 1980s, there was no shortage of great 80s candies.

For those who grew up in the 1980s, there were a lot of different types of candy to choose from. Every year at Halloween, kids would bring home and count out pillowcases full of their favorite candies. Some were great, and some we would like to forget. Regardless the 80s was a great time to be alive for those with a sweet tooth.

Candy From The 80s

We all know the 80s were a great time for fashion and movies, but it was also a great era for candy.

So what were the most popular candies from the 1980s?

Wax lips were very popular back in the 1980s, and although they were sold in the candy aisle, they could not be eaten. Of course, that didn’t stop some kids from attempting to chew into them. Long before the days of the selfie, kids would take Polaroids of themselves with wax lips in their mouths.

Willy Wonka and the chocolate factory was a very popular movie for kids who grew up in the 80s, and as a result, many kids of that time loved the various treats created by Wonka. Fun dip was pure sugar at its finest. Each packet was filled with colorful sugar and came with a dipping stick that quickly changed the color of your tongue.

Of course, who can forget Pixy Stix? Nothing says candy quite like a tube filled entirely with sugar. They were the cheapest candy around, and it was commonplace to see kids with handfuls of them at a time. Simply rip open the paper tube and down the sugar as quickly as possible and you are left with one of the greatest sugar rushes of the 80s.

There were a number of different types of candies available during the 80s that made a sound. While some kids prefer lollipops that whistled, others loved the sound of pop rocks in their mouths. The candy, which contains carbon dioxide, pops when they dissolve in your mouth. Kids back in the 80s would pour an entire pack in their mouth at one time just to listen to it pop before finally swallowing the sugary residue.

If you were big into baseball during the 1980s, then you probably loved Big League Chew. This is very popular candy was a bubblegum version of chewing tobacco, designed especially for kids. It was fairly commonplace to see kids at a Little League with a wad of Big League Chew shoved in their jaw as they played a game on a Friday night.

Nothing says candy quite like edible jewelry. There were a lot of options in the 80s when it came to edible jewelry including ring pops. But candy necklaces were very popular as well, simply because you could wear them around your neck, bite off a couple of pieces at a time and save the rest for later. Who cared that your neck would feel all sticky after a few minutes of chewing on the candy necklace.

Without a question, one of the most popular candies of the 80s was Air Heads. This candy was extremely colorful as well as cheap. It was easy for kids to pick up a pack of Air Heads at the grocery store, convenience store, or even at a Blockbuster video. This chewy candy was first released back in 1985 and quickly became the top choice for many kids.

Looking back, the idea of Candy Cigarettes does not make very much sense, but back in the 1980s, they were very popular. These sugar sticks were sold in packs just like cigarettes, and when you blew through them they would puff out dust for a while. Once there was no more dust to blow out, you would simply chew them up for a quick sugar rush.

While most candies were stuck in their original form, Razzles was very unique, in that it started out as a fairly hard candy that eventually turned into chewing gum. Although Razzles were very fun, they did not keep their flavor for long. As a result, when kids had a limited budget to buy candy, Razzles were the last item on their list. Nevertheless, they were still one of the more popular candies from the 1980s thanks to Mark Ruffalo and Jennifer Garner.

In the movie Willy Wonka and the Chocolate Factory, everyone wanted to get their hands on an Everlasting Gobstopper. In fact, Mr. Slugworth attempted to get all of the winners of the Golden ticket to steal one for him. These very popular Wonka candies would leave your tongue purple for hours on end. They were very similar to the popular jawbreakers of the time and came in a number of different sizes to choose from.

Although originally created back in the 1940s, Bazooka bubblegum was one of the most popular types of bubblegum in the 80s. The reason for this is that they were sold at virtually every gas station and cost next to nothing. You could grab a handful from the bucket located next to the checkout, and because they were so cheap most parents had no problem paying for them. The only downfall is that you could only chew the gum for about a minute before it got too hard and lost all its flavor.

So those are our picks for the most epic candies from the 1980s. Did your favorite make the list? 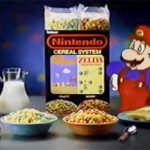 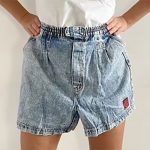