A Look Back At The 80s Walkman

The 80s Walkman is one of those inventions that changed the world. While music players and streaming services like Spotify, Pandora, and iTunes have made listening to music more convenient than ever before, the Walkman stands out as an iconic piece of technology that has since fallen by the wayside.

Let’s take a look back at this technological marvel from the 80s that was so beloved for its compact size and ability to make music portable for anyone on the go.

The first-ever Sony Walkman came about in 1979 when it became a popular way to listen to music while working out or commuting. Many people were already carrying tape recorders on their commutes to work, but these devices would often malfunction or run out of batteries. Here’s a look at the first commercials that came out for the Walkman in 1979:


The Walkman offered greater portability and convenience, easier controls, and longer battery life. It would go on to be one of the most iconic pieces of technology from the 1980s.

As other companies started making comparable products and MP3 players gained popularity, the original Walkman began fading into obscurity until it was discontinued in 2010.

How The Sony Walkman Revolutionized Music

In 1979s, Sony released the Walkman, a portable music player that changed how we listened to music. The Walkman was small, lightweight, and could be taken anywhere. It allowed people to listen to music on the go without having to lug around a bulky stereo system.

The Walkman quickly became one of the most popular consumer electronics products of all time. It was so successful that it spawned a new category of portable music players.

Competitors began releasing their own versions to compete with Sony’s game-changing device, which included Panasonic, Sanyo, General Electric, and Koss. These devices that relied on cassette tapes or CDs were well received by consumers and still had their fair share of success well after the 1980s.

It wasn’t until Apple introduced the iPod in 2001, and then iTunes in 2003 which brought digital downloads into the picture. With iTunes, listeners could download individual songs from albums or full albums instead of relying on physical media like cassettes and CDs. Of course this would ultimately lead to the demise of cassette and CD players, and of course mark the end of the 80s Walkman’s reign.

With this shift in listening habits, more music listeners turned to mobile phones for their musical needs as they were lighter than traditional MP3 players.

Is The 80s Walkman Still Popular?

Obviously the Sony Walkman is not as popular today as it was in the 1980s. The company still produces them, but many consumers have moved on to other types of music players like iPods and MP3 players. One reason is that iPods can be updated with new technology more easily than a Walkman can. More people listen to music on their smartphones or tablets now than ever before, making it difficult for these devices to compete with newer models of iPods and MP3 players.

The 80s Walkman was undeniably a revolutionary invention during its time; however, its time has come and gone. However we can’t forget that this device was instrumental in taking us from an analog world to a digital one. It also played a part in the introduction to portable listening when we couldn’t always carry our records or tapes around with us. All of this contributed to why this particular type of music player seemed so iconic – and why it will always be a device that we have great memories of. 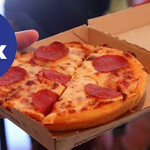 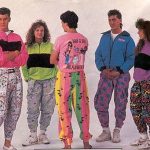