Acid wash jeans was a 1980s fashion staple in the punk and rock scene. Chances are if you grew up in the 80s, you probably owned a pair or two (if you could afford them), or you may have even tried to make a pair yourself!

The fashion of the 80s had a very unique style, that’s why its influence continues to manifest itself to this day. One of the more conservative, but notable 80s fashion trends, were acid wash jeans. These jeans quickly became the jeans that everyone had to have, and by the mid-80s they were everywhere.

It is worth noting that the acid-washed texture was not only valid for jeans, but also for jackets, backpacks, and shirts etc. However when we think of it as a 1980s fashion, typically we think of “acid wash” referring to jean pants.

So why were acid wash jeans so popular during the 1980s?

Acid Wash Jeans In The 80s

During the 1980s, those who really wanted to stand out and be fashionable typically gravitated towards 80s rock fashion, or 80s punk fashion. Those who were not fans of the bright neon clothing trend at the time typically went in the other, more rebellious direction.

During the 80s popular brands like Jordache, Lee, Levi’s, Guess, and Wrangler were aware of this rebellious attitude that many people expressed. And accordingly they decided to see if they could bring it to their signature clothing lines. This is how acid-washed denim, a bleached fabric, was created.

Acid-washed jeans basically communicated rebelliousness and irreverence, typical signs of youthful behavior at the time. The protagonists of music videos of different genres such as rock, heavy metal, and punk, often wore acid-washed jeans, which strengthened the trend even further.

Acid washed jeans usually came in blue, but then the big brands came in and also added their own variations. Eventually you could find acid wash jeans in black and gray, and these variations allowed people even more options when it came to coordinating the perfect outfit.

There was also an inverted version of this type of jeans that was very successful: white or light blue jeans, splashed in blue tones.

The acid-washed denim style manifested itself into other garments including jackets, skirts, shirts, shorts and also in fashion accessories such as bags, fanny packs and backpacks.

The acid wash jean was an 80s trend that was very popular. At the time, fashion was exaggerated, bold, over the top and big. Acid wash jeans were incredibly stylish, and it was cool to be noticed.

Acid wash jeans were also popular fashion in 80s hip hop too. Groups like Salt N Pepa regularly performed in washed denim, and needless to say it was a ubiquitous fashion trend during the 1980s.

This trend was joined by acid-washed ripped jeans which was a way to express even more rebelliousness.

And the typically high price tag of these jeans didn’t deter those who wanted them. Acid-washed jeans were expensive, so many people who didn’t want to pay the price tried to create these jeans at home with the help of bleach and a pumice stone.

Though not as popular as it once was, acid wash jeans are still around today. We still see many celebrities sporting the style, and it’s one that never really left.

Acid-washed jeans were popular in the 80s because they expressed the freedom, rebelliousness, and carefree attitude of the time. And those feelings are still popular today, thus we expect acid wash jeans to be around for a while longer. 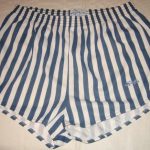 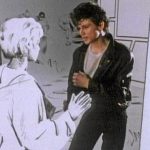