One fashion trend popular in the 1980s were “Jordache Jeans”. Throughout the 1980s, there were many popular styles of jeans – starting from acid-washed and high-waisted to patched-up and ripped. No matter where you went, you couldn’t escape the jeans and denim trends of the 80s.

Jordache Jeans In The 80s

Even though the acid-washed jeans and the rock style were the hottest things around that time, the high-waisted and ripped denim were also very very well-liked, as they were considered the perfect way to make a statement. However one pair of jeans that seems to be synonymous with the 1980s are Jordache Jeans.

Beside Jordache, many fashion brands were a huge deal in the 1980s. Among some of the household names that established themselves are Gucci, Lacoste, Levi, and Tommy Hilfiger. And during the 80s, Jordache also exceled as well.

Founded in 1969 by Joseph Nakash, the clothing company markets different sorts of apparel – jeans, shorts, and outerwear. But the reason why the brand became so famous is the iconic Jordache jeans that were fan favorites in the late 1970s and early 1980s.

After coming up with their trademark styles, Jordache created several ads that ran through America and other countries, promoting their dark denim jackets and jeans. Around the time Jordache came up with their denim jacket and jeans, Calvin Klein and Gloria Vanderbilt were also on the rise.

But it wasn’t the 1980s when Jordache’s momentum started, it was actually a little bit earlier. In the late 1970s, Jordache created a racy ad that featured a woman wearing nothing but tight jeans while riding a horse on the beach. That was the ad that helped Jordache jeans “become a thing”, and after that ad campaign everyone knew the brand Jordache.


But what exactly is it that turned Jordache jeans into a household name and a popular fashion trend in the 1980s? The answer is simple. Around the time Jordache produced jeans, there weren’t really many brands that could be seen as their competitors.

Jordache was also known for their stereotypically 80s commercials, and these funky ads helped grow the brand into an 80s fashion juggernaut.

Throughout the 1980s, the tight-fitting jeans cost around $25, which was a relative fortune back then. In present day, vintage-style jeans are considered a classic, which explains why the price of all their jeans varies between $140 and $180 for a pair.

Besides 80s workout fashion, there was another fashion craze that the late 1970s and 1980s were known for, and that was the designer jeans craze. And this craze all but helped clothing brands like Jordache to become massively popular during the 1980s.

Jordache was one of the most popular brands for denim looks, and back then almost everywhere you went you could see their epic television ads. Jordache jeans were also seen in all sorts of magazines, and needless to say they didn’t spare any expense when it came to advertising their brand.

Despite its ups and downs since the 1980s, the brand known for its vintage-inspired jeans continues to produce and sell clothes. Many celebrities continue to rock Jordache jeans, with some of the names that come to mind including Sarah Jessica Parker, Katrina Bowden, and Heidi Klum.

Most recently, over 40 years after her famous Calvin Klein ads, actress and model Brooke Shields posed topless for the legacy denim label’s spring 2022 campaign. So if you owned a pair of Jordache Jeans in the 1980s, just know that the brand still continues to be en vogue. 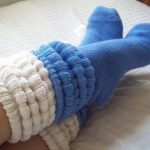 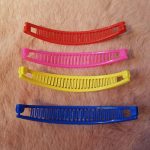