If you grew up in the 80s, then you probably have some pretty strong feelings about that decade. You may remember the fashion, music, food, and movies fondly. You might even still keep a cassette player around just to play your old mix tapes on it. As far as we’re concerned, those are good enough reasons (and maybe even more) to watch The History Channel’s Adam Eats the 80s.


People who enjoy the decade of the 1980s will surely enjoy this TV show. Adam Richman will take you back to the time of those infamous brands by visiting the locations where the creation of these products began. As the host of the show, you will get to see Adam literally eat the 80s. He will take you on a journey into the past and show you how these famous brands were born. If you remember and loved those old 80s TV commercials, then you will love this TV show.

In Adam Eats The 80s, Richman discovers amazing secrets that were never revealed to the public, and also eat some of the products from the 1980s that were never meant for public consumption.

What’s So Appealing About Adam Eats The 80s?

If you’re a fan of the 1980s, you’ll probably want to catch Adam Richman in his new show Adam Eats the 80s. It’s set in the decade that brought us the best music, TV shows, and movies. It also has an engaging concept: Adam eats a decade’s worth of food.

The first episode of Adam Eats the Eighties premiered on Sunday, Feb. 27, 2022. Adam Richman, an entrepreneur, and author recreates menu items from the 80s, digging deep into the history of each.

The show is full of nostalgia, so fans of the 80s will enjoy the episode’s throwback content.

For example Richman recreates the original McDonald’s fries, which were cooked in beef tallow before being reformulated in 1992. Here’s a clip from that episode:

The show also for example explores the history of soda, as Coke began to replace sugar with high-fructose corn syrup. The show explores many changes like this and how products we enjoy today have evolved since the 1980s.

The show explores the origin of many iconic mall staples and explores food creations of the past. It includes half-hour episodes featuring the food favorites of the 80s. Even though this series has an esoteric approach, it will appeal to fans of 80s culture.

The 80s were a time of extreme creativity in food, as corporations capitalized on cheap capital and began making decadent products. This nostalgic era is celebrated throughout Adam Eats the 80s, with amazing references to 80s products, commercials, and taglines.

Richman takes the show on a journey across the country, unboxing forgotten 80s favorites and tracking down items that you will probably remember if you grew up in the best decade ever.

We feel that if you’re on the fence, Adam Eats The 80s is definitely worth a watch. The episodes will evoke fond emotions if you were a kid of the 80s, and you’ll probably learn some cool things about your favorite foods as well.

The History Channel’s new show Adam Eats the 80s is a food show that takes viewers back to the 1980s when so many iconic brands started out. You’ll love the nostalgia it will evoke. The show also explores the strange and bizarre experiments that made the 80s what they are today.

So again we believe the show is worth a watch, and we hope you tune in and learn more about the greatest decade ever in Adam Eats The 80s. 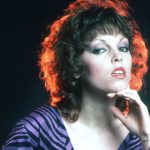 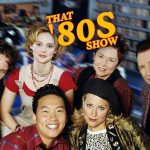