That 80s Show, which only aired for a single season in 2002, was intended to be an amusing sitcom that parodied the fads and pop culture of the 1980s. It starred young actors who were famous at the time like Glenn Howerton, Geoff Pierson, Brittany Daniel, Tinsley Grimes, Chyler Leigh, and Eddie Shin, but it was canceled after just one season due to poor ratings and mixed reviews from critics and viewers alike.


However, since That 80s Show has been off the air for more than 19 years now, many of its fans have asked themselves this very question: why did it get canceled so quickly?

Why Did That 80s Show Fail?

With the success of That 70s Show it’s no surprise network executives would want to try to capitalize off of nostalgia and recreate a similar show for the 80s. However to everyone’s shock That 80s Show flopped and was canceled after just one season. So why did the show fail when they already had a proven blueprint from That 70s Show?

There are many reasons for That 80s Show getting canceled, so lets take a look at some of the shows most glaring issues below.

Shows get canceled because of ratings, and obviously That 80s Show did not connect with audiences. Perhaps people felt like it was a ripoff of That 70s Show, but there was definitely more to it than that.

The poor ratings also had a lot to do with lousy dialogue, sloppy acting, lack of character development, and other factors. The bottom line is that this tv show lacked all the elements of a successful sitcom. People have commented on how the theme song sounds like Teen Wolf. In addition, scenes were often left unresolved.

Regardless of the reasons why, That 80s Show just didn’t resonate with audiences, and their poor ratings reflected that.

Many shows of the time depicted African Americans and Latin Americans in a negative light. For example, an African American may have been portrayed as a thug or drug dealer. That 80s Show was accused of being no different when it came to racist stereotypes.

The fact that they depicted an African American teen working at an ice cream parlor as if it were some kind of job for convict was just one issue with the show. Additionally, there were some pretty explicit examples of racism. One scene showed a white girl being chosen over an African American girl because she had lighter skin. Again racial undertones likely led to viewers tuning the show out.

The 80s Fashion Was Off

People love 80s fashion, but the style of clothes, hairstyles, dance moves, etc., on That 80s Show weren’t attractive to many people. In fact in contrast to 80s fashion in shows like Stranger Things when it came to That 80s Show people were not impressed with the wardrobe choices of the characters.

If you were a child of that era, there is a good chance that you noticed the fashion of the show was inauthentic, and in fact felt quite contrived. This undoubtedly turned off people who grew up in the 80s as the fashion choices seemed to be more stereotypes than well researched.

So Was That 80s Show Really A Flop?

That 80s Show is a TV show that failed to capture the reality of the 1980s. The show was not very interesting or fun, and for that reason viewers weren’t really attracted to it. So after the 13th episode was aired, the show got canceled.

The poor execution of the show was something that was really sad for those of us who loved the 1980s. The decade was full of so many interesting things they could’ve made a great show out of, but alas it wasn’t meant to be.

Hopefully one day maybe another network will pick up the show or try to create another show that captures the essence of what we feel was the greatest decade ever. However we don’t fault That 80s Show for trying, the intentions were great, but it just wasn’t meant to be. 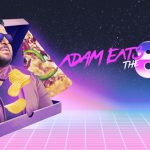