The 80s were the decade of the airbrush. Everything was airbrushed, from t-shirts to makeup, to nails and beyond. Of course one can’t forget the soft feathery look of an airbrushed glamour shot as well. Basically if you were alive in the 80s, you saw a lot of airbrushed things in your day.

Of the hundreds of trends that have come and gone over the course of the 1980s, none seemed to surge in popularity longer than the airbrushed t-shirt. Though wildly popular in the 1980s, we still see that airbrushed items are still very popular today.

However in the 1980s when it came to airbrushed items, we mainly think of the colorful shirts of the time. These shirts were more than just a rainbow of colors that seemed to perfectly capture the 80s aesthetic. They were symbols of status, something to be shown off between class, and we forever remember them as a popular 80s fashion trend.

Airbrushed t-shirts are first thought to have made their appearance in boardwalk shops and souvenir stands in the 1950s. At the time beachgoers were delighted to pick from an array of designs like dolphins, sunsets, and rainbows. Often they would personalize their shirt with their name and hometown, and their popularity would slowly grow over the next 30 years.

Eventually when we got to the 1980s, airbrushed t-shirts seemed to explode in popularity. While to some it was simply yet another tourist trap, to the majority of the people of the 80s the airbrushed t-shirt was something worn by the “it crowd.”

One popular use of an airbrush t-shirt in the 1980s was to use it to proclaim your love in paint. Many teenage and young adult couples made airbrushed t-shirts to show off their commitment to each other.

An airbrushed t-shirt also suggested you had just returned from a leisurely vacation in some exotic locale. You just had the time of your life, and also had a beautiful shirt custom made to boot.

These shirts were vibrant, often more colorful than pieces found in stores, and people clamored to have them.

Besides the casual mainstream masses, airbrushed t-shirts were gaining steam in the hip hop community.

One particular pioneer of airbrushed t-shirts was a company called “The Shirt Kings” that started in 1986 in Queens, New York.

Their epic, one of a kind designs, started to become popular with influential people in the hip hop community. This of course only helped grow the popularity of the airbrushed t-shirt fashion trend in the 1980s.

Not only were airbrushed t-shirts popular amongst the general mainstream public, but hardcore underground rappers also were fans of the design, making it one of the unique 80s fashion trends that had universal appeal across all demographics.

A Revolution in 80s Tech

Aside from social reasons, another reason why airbrushed t-shirts were a popular fashion trend in the 1980s is due to their production process.

At the time, screen printing was being used by larger companies to manufacture clothes, but this process was expensive and required bulky machinery. Depending on the materials available, some designs were also limited to just a few colors.

Airbrushes, on the other hand, utilize a small plug-in pump and just a few drops of dye. This made them accessible to small souvenir stands and everyday artists, who quickly mastered the art of lettering and using stencils.

Even though it’s been decades since the last year of the 1980s, airbrushed t-shirts are still popular today. Though not as prevalent as they once were, we do see them from time to time.

In fact retro fashion is something that is always en vogue, and not surprisingly we see celebrities in airbrushed t-shirts every now and then.

These airbrushed t-shirts hold a special fondness for many. Perhaps that’s why airbrushed shirts continued to grow in popularity and is still seen quite frequently today. Furthermore dedicated airbrush artists have expanded their range of products to include hats, license plates, and even tattoos!

Airbrushed t-shirts are a popular 1980s fashion trend that managed to keep growing well past that decade. Although advancements in technology have made screen printing more accessible and easier for small shops to carry, people continue to seek out these colorful tees. Perhaps it’s nostalgia, or perhaps it’s the unlimited design options available.

Today, airbrushed t-shirts can be found everywhere from shopping mall kiosks to online shops! And, if you’re partial to the 1980s, you can even get some radical retro designs. 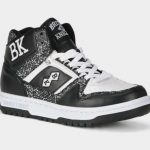 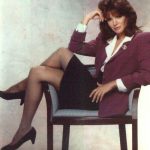