During the 1980s, bandannas and headbands were one of the most popular accessories for those who loved hair metal bands and wrestling. Some of the greatest names of rock ‘n’ roll at the time were known to sport a bandanna to keep their hair looking good, and several prominent wrestlers also kept their heads wrapped in a stylish bandanna.

These fashionable pieces of cloth not only looked good, but served to keep your head cool, and your hair in place. So why were bandanas such a popular fashion accessory in the 1980s?

Bandanas In The 80s

No matter where you went in the 1980s, chances are you would see someone rocking this popular 1980s fashion. Typically these were people into the rock scene, but that wasn’t necessarily the case.

Celebrities and people from all walks of life wore bandanas, and it was a trend that was pretty commonplace back then.

So who were some of the most recognizable people in the 80s wearing bandanas?

One of the most well-known musicians of the early 80s was none other than Steven Tyler. Tyler, was always sporting an Indian scarf wrapped around his forehead, holding back his hair. Throughout the course of a concert, both his shirt as well as scarf would wear out, and as a result, he began hanging them on his microphone stand, as a form of good luck.

Today, Tyler is still known for having one scarf hung on his microphone stand at all times, and the other one wrapped around his head holding up his hair.

During the early 1980s, Bon Jovi was also known for wearing a bandanna wrapped around his head. While Steven Tyler used an Indian scarf, Bon Jovi used a more traditional bandanna that could be purchased at any local department store. His band released their first albums back in 1984 and 1985.

Their first single entitled, “Runaway” climbed into the top 40, while “Livin’ on a Prayer” skyrocketed to number one. His use of a bandanna caught on, and many rockers of the time would also sport a similarly folded bandanna over their foreheads.

Rock ‘n’ roll musicians weren’t the only ones in the 1980s who were known for sporting bandannas. Although musicians tended to roll up the bandannas before tying them to their heads, one of the most popular wrestlers on the 1980s Hulk Hogan was known to completely cover his head with various colors of bandanas.

Hogan’s first appearance on the big screen occurred in the film Rocky III, and because he appeared in the film against the wishes of McMahon, he was not able to join the World Wrestling Federation for several years. Instead, he spent the next couple of years with a stylish bandanna tied over his head, wrestling in the American Wrestling Association.

Another popular wrestler of the 1980s was Macho Man Randy Savage, and he also could be seen frequently wearing headbands during interviews and his matches. Though he often alternated between bandanas and cowboy hats, during the 1980s he was all about the bandana in a wide variety of colors.

Of course we couldn’t mention 80s bandana fashion without acknowledging Axl Rose of “Guns N Roses”. In the 1980s his signature bandanas were always on display, and he really helped popularize its use in the rock scene of the time. He was notorious for always performing in them, and he was also photographed wearing them almost all the time as well.

Throughout the 1980s, and well into the 1990s, bandanas continued to be very popular. Hulk Hogan continued to wear his iconic bandannas everywhere he went, and both Steven Tyler and Bon Jovi continued to perform with bandannas wrapped around their head. In the 1993 film “Airheads” both Brendan Fraser and Adam Sandler also wore bandannas.

We still see that the fashion is popular among the heavy metal crowd as well as anyone just looking for away to keep their hair in check and head cool. It is one of those popular 80s fashions that we don’t expect to go away any time soon. 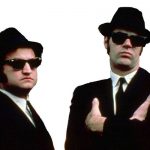 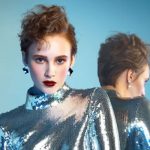