The 1980s saw the rise of some great girl bands with iconic hits and memorable music videos, which left an indelible mark on pop culture that persists to this day. Various music genres dominated in the eighties, from the punk rock at the beginning of the decade to hair metal by its end.

In a time when women were just starting to be taken more seriously as music artists, these 80s girl bands were pioneers that really kicked the door down for women in music for decades to come. Their achievements in empowering women’s music cannot be overstated, and they also represented the best of the greatest decade of music (well at least we think so).

So you know already that 80s music is the best around. But who do we think topped the list when it came to the most legendary 80s girl bands?

There were of course many great ones to choose from, but here are our picks for the best girl bands of the 1980s:

The Bangles were an American pop rock band formed in Los Angeles in 1981. The group’s original lineup consisted of Susanna Hoffs, Debbi Peterson, Vicki Peterson, and Annette Zilinskas. The band released their debut album, All Over the Place, in 1984 to critical and commercial success. The album spawned the hit singles Manic Monday and Walk Like an Egyptian, which became two of the decade’s most iconic songs. In fact Walk Like An Egyptian often appears on the best of 80s lists when it comes to music.


In 1986, the band released Different Light, which reached number one on the Billboard 200 chart for a week. In the 80s, the Bangles are undoubtedly one of the best girl bands. Their music was catchy, and they even had movie roles! They are probably the first band that comes to mind when we think of “great 80s girl bands” and they definitely deserve that recognition.

Gioia Bruno, Jeanette Jurado, and Ann Curless, were the trio that formed the great 80s girl band Exposé. The band gained attention after releasing their album Exposure in 1987, which sold hundreds of thousands of copies worldwide.

The band was a force to be reckoned with in the 1980s, and their upbeat melodic hits like Come Go With Me had people all over American jamming and feeling good. In fact Come Go With Me is a song whose beat will likely be seared in the memory of 80s kids everywhere!


The trio continued to perform live in clubs across America until 1996, when they disbanded. However while they were together they were definitely one of the best girl bands of the 1980s.

Bananarama was a British pop girl group formed in London in 1980 by friends Sara Dallin, Siobhan Fahey, and Keren Woodward. The trio achieved their greatest success in 1986 with hits including Cruel Summer, Robert De Niro’s Waiting, Na Na Hey Hey Kiss Him Goodbye, and most notably Venus, which topped the charts all over Europe and became the second-biggest selling single of 1987.


Siobhan Fahey left Bananarama in 1988 due to creative differences and was replaced by Jacquie O’Sullivan, and has been going strong ever since. Bananarama is your go-to band if you’re looking for some sweet 80s music, and they are definitely one of the best girl bands of the 80s.

The Go-Go’s is an American rock band formed in Los Angeles in 1978. The Go-Go’s rose to fame during the early 1980s as a key part of the new wave scene. Their debut album, Beauty and the Beat (1981), is considered one of the landmark albums of the new wave and one of the most influential all-female rock bands of all time. Smash hits like “Our Lips Are Sealed” are still often heard today in TV, movies, and commercials even decades after its release!

In a nutshell, The Bangles, EXPOSE, Bananarama, and GO GO’s, were some of the best 80s girl bands. They’ve made music that was as catchy as it was meaningful. It doesn’t matter if you’re from the generation before them or the generation after them; you can’t deny their talent. Even today, these songs are still being played on radios.

So if you’re looking for some great 80s music made by the most epic girl bands of the day, we definitely recommend the aforementioned girl groups. Their music is some of the best the 1980s has to offer, and it’s no coincidence that you can still hear the catchy tunes of the best 80s girl bands today. 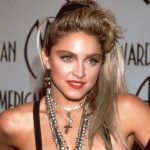 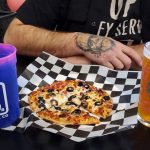