When it comes to 80s new wave bands the catalog of great music to choose from is enormous. If you’re like us, you’ve been listening to new wave music for decades. Sure it might not be as popular as pop or country, but it’s still going strong and definitely worth a listen!

In this article, we’ll explore some of the most important bands from the 1980s: from The Smiths and U2, to Depeche Mode and INXS. So grab your 80s Walkman and let’s dig in!

When it comes to the best new wave bands of the 1980s, there are so many great ones to choose from. However we couldn’t list them all, so here are our top ten picks for the best 80s new wave bands that we think you definitely need to add to your playlist:

The Smiths were a British rock band formed in Manchester in 1982. They’re often cited as one of the most influential bands of the 1980s, and their legacy is still felt today.

The Smiths were formed by singer Morrissey, guitarist Johnny Marr, bassist Andy Rourke, and drummer Mike Joyce. The band’s first single was “Hand in Glove” (1983), followed by two further singles “This Charming Man” and “What Difference Does It Make?” (both 1984). Their debut album The Smiths was released on February 26th, 1984.

The Cure is an English rock band formed in Crawley, Sussex in 1976. The band has experienced several line-up changes, with vocalist, guitarist, and principal songwriter Robert Smith being the only constant member.

The Cure first began releasing music in the late 1970s with their debut album Three Imaginary Boys (1979). After releasing a string of hit singles and albums throughout the 1980s and 1990s,

The Cure briefly disbanded in 1996 following the departure of guitarist Porl Thompson. They reformed in 2002 and have continued to tour and record since then.

U2 is an Irish rock band that was formed in 1976. They have released 13 studio albums and sold over 150 million records worldwide. U2 has won 22 Grammy Awards and has been inducted into the Rock and Roll Hall of Fame.

In 1986, U2 released The Joshua Tree which went on to become one of the best-selling albums of all time. It included several hit singles including “With or Without You,” “I Still Haven’t Found What I’m Looking For,” “Where The Streets Have No Name,” “Bullet The Blue Sky” and more!

New Order is an English rock band formed in 1980. The band was one of the most influential bands of the 1980s, but they haven’t gotten as much credit as they deserve because they were overshadowed by their contemporaries, Duran Duran and Spandau Ballet.

New Order was formed by Bernard Sumner and Peter Hook after the breakup of Joy Division at the request of Factory Records’ owner Tony Wilson who wanted to start a new label for them called “New Order” with him being their manager.

He also wanted them to be more accessible than what Joy Division had been which resulted in them changing their sound from post-punk to dance-rock/electro-pop (though some consider this their most experimental phase).

INXS was formed in Australia in 1977. Its members were Michael Hutchence, Andrew Farriss, Tim Farriss, Garry Gary Beers, and Jon Farriss. The band released its first album in 1980, and its biggest hit was “Need You Tonight.”

If you’re definitely looking to update your 80s playlist, you would definitely not be disappointed by adding INXS into the mix.

Depeche Mode formed in 1980 and released their first album, Speak & Spell, in 1981. The band’s most popular albums include Music for the Masses (which included their hit “Enjoy the Silence”), Violator, and Songs of Faith and Devotion. Depeche Mode has sold more than 100 million albums worldwide.

The Psychedelic Furs was an English rock band formed in London in 1977. The band’s musical style has been described as new wave, post-punk and gothic rock.

8. Siouxsie And The Banshees

After only releasing two EPs and one single during their lifetime, the group disbanded after Curtis’ suicide in 1980.

The band’s music has been described as both darkly poetic and politically informed. Joy Division’s sound drew on a variety of genres including punk rock, dance music (particularly dance hall), and rock & roll.

The group also made prominent use of synthesizers to augment their sound; this helped them achieve great popularity with minimal radio airplay or support from television or video outlets because they were unable to fit into existing categories

Did you know that the Human League formed in Sheffield, England in 1977? They originally were called The Future and they were named after a science fiction novel by Theodore Sturgeon.

Their first single was “Being Boiled.”

Their best-known song is probably “Don’t You Want Me,” but they also did some other stuff like “Mirror Man” and “Human.”

New wave music is not as popular as it once was, however they still make a great addition to any 80s playlist. The sound is distinct, and the songs unforgettable. New wave was a trend that ripped through the 80s and left a permanent impression on music forever.

There are many other great bands from this era to listen to, but these are the most popular ones that we feel you need to know about. So fire up your Walkman and add some of these great 80s new wave bands to your playlist, we promise you that you won’t regret it! 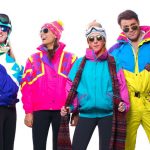 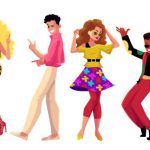