One of the more popular fashion styles of the 1980s began as a futuristic trend in the 1960s. In 1985, the bubble skirt (sometimes referred to as the “puffball skirt”) was introduced to the fashion industry as a revolutionary new style for the younger generation, and its popularity coincided with the syndication of all things Hanna-Barbera’s “The Jetsons” cartoon.

The bubble skirt is like a regular skirt, but it “poofs out” and has a “bubbly” appearance to it. Much like the puffy sleeves that were popular during the 1980s, the bubble skirt was basically that trend, but just for your waist.

Bubble Skirts In The 80s

The 1980s was all about pushing the limits of fashion, and one of those fashion trends that did that was the bubble skirt.

Even though the fashion had been around for a few decades already, the bubble skirt really hit its heyday during the 1980s, and we saw versions of it everywhere in pop culture.

The cartoon was set in a future where robots clean homes and cars flew. George’s daughter was a popular high schooler who was known as a trendsetter. As part of her regular wardrobe, Judy wore a skirt that ballooned out at the ruffles rather than hanging loosely on her thighs.

Hanna-Barbera began producing new episodes of the Jetsons during the mid-80s, and the bubble skirt that was popularized in the mid-80s was thought to be influenced after Judy Jetson’s wardrobe.

One of the first designers in the mid-80s to offer a bubble skirt was Vivienne Westwood. As part of her spring-summer catalog in 1985, the fashion designer introduced a style which was named the Mini-Crini.

The skirt itself was a shortened version of a bell-shaped dress that was very popular during the Victorian era and was often worn with an updated version of a garter. In fact, popular musicians like Madonna and Cyndi Lauper were known to wear outfits similar to offerings introduced by Westwood.

But the true designer of the bubble skirt is Christian Lacroix. This fashion designer from Arles, France introduced his version of the bubble skirt towards the end of 1985. The skirt, which is classified as a pouf dress, was commonly worn with embroidered jackets and featured a plumper look wherein the skirt appeared to billow out at the ruffles rather than lying flat.

As a general rule of thumb, girls did not wear bubble skirts as part of their traditional casual wear, rather, the skirt was seen more as an experimental fashion trend.

By the end of the 1980s, the vast majority of high school girls wore some version of the bubble skirt during their prom. Drew Barrymore sported a bubble dress at her prom in the popular film, “Never Been Kissed”

The bubble skirt was born out of the fashionable dresses worn during the Victorian era. So naturally, their popularity took off in the United Kingdom.

Princess Diana who is known for her trendsetting fashion, made regular appearances wearing a bubble skirt during the late 80s. One of those most well-known appearances occurred at the Cannes Film Festival in 1987.

During the early 1980s, racism still existed within the fashion industry and as a result, darker-skinned models had a difficult time building a name for themselves. However one very popular British model in the late 80s revolutionized the industry.

At the age of 17, Naomi Campbell made one of her first major appearances in the October issue of Vogue UK, where she was photographed wearing a Christian Lacroix bubble dress.

The following year, she would become the first dark-skinned model to appear on the cover of a Vogue magazine since 1966.

Bubble skirts were one of those fashion trends from the 1980s that we all remember, but unfortunately soon forgot about. Just like puffy sleeves, these days “puffy” isn’t en vogue really any more. Gone are the days of fashion that was larger than it needed to be, and bubble skirts seems to have followed this trend as well.

Regardless, bubble skirts are still cool to look back on, and they will be remembered as one of the goofier fashions that we probably took a little too seriously back in the greatest decade ever. 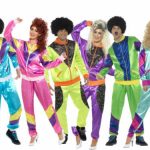 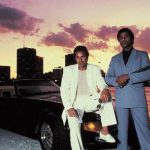