An 80s fashion trend that is still cool today is the Miami Vice Suit. These were typically Giorgio Armani suits, but people who couldn’t afford designer suits also had access to a wide variety of cheaper brands. They typically also came in pastel colors like teal, pink, and lavender, and it is one of the uniquely 80s looks that people still remember.

Obviously the suits are named after the popular 1980s show starring Don Johnson and Phillip Michael Thomas, and Miami Vice was one of the most popular crime dramas on television back in the 1980s. The show which follows two Metro-Dade police detectives who worked undercover in the vice squad, and it also revolutionized the way men dressed at the time.

Miami Vice Suits In The 80s

Everyone knows that 1980s fashion was bright and bold, and Miami Vice Suits fit right in. They were great for when you went out for a night on the town, or just anywhere that you needed to look a little more fashionable than usual.

The show first made its debut on NBC back in 1984 and ran for a total of 5 seasons. Starting in 1988, the USA Network also ran syndicated reruns of the popular crime drama until the 1990s. At the time, the concept of the crime drama was only just building in popularity. America’s Most Wanted began airing back in 1988, and the popular show COPS would make its debut the following year.

Each Miami Vice episode was loosely based on actual crimes that had been reported and investigated by the Miami-Dade police throughout the 70s and 80s. Since the plot revolved around undercover agents in the vice squad, the actors did not follow standard procedures for policing. Instead, the detectives used a wide variety of questionable tactics in order to build trust with the criminal elements before taking them down.

When fighting crime on South Beach, doing it in a slick Miami Vice suit was the way to go. However beyond the famed TV show, the Miami Vice look was one that was emulated by men everywhere in the 80s that wanted to look their best for just about any occasion where a little style was needed.

So what does it take to construct the perfect Miami Vice outfit?

Without question, men’s fashion changed forever when Miami Vice made its first appearance on TV. The show is known for popularizing the trend of wearing a T-shirt under an oversized blazer.

In fact, the main actors in the show commonly wore pastel-colored T-shirts with oversized blazers, light linen pants, and stylish penny loafers. Add on some flashy 80s sunglasses and you had the coolest look on South Beach!

This fashion trend quickly caught on and by the show’s second season, pastel t-shirts and linen blazers became some of the hottest selling garments in the men’s department.

Up until the airing of Miami Vice, most men owned at least one tweed suit that was cut to an exacting and professional fit. However, everything changed after the show began to air. Although men still kept their tweed suits for work, it was nothing but light linen blazers with shoulder pads and wide-legged pants for a night out on the town.

Because the material was lighter, the shoulder pads were more prominent, and generally produced a sharper body line at the shoulders than a traditional suit. Loose-fitting sleeves matched with wide-legged linen pants provided men with a means of not just looking good, but staying cool in the process.

One of the most unique aspects of the Miami Vice suit is the transition away from the more traditional bright neon colors seen in the 1980s fashion industry. While the blazer and pants were generally composed of matching fabric in a solid color, the dress shirt was exchanged for a light pastel shirt.

For fans of the show who were looking for a bolder look, the obvious choice was a satin jacket over a pastel shirt. While neon and florescent colors were still very popular, when it came to perfecting that Miami Vice look, only pastels would do.

Of course no Miami Vice outfit would be complete without the proper pair of sunglasses. And the eyewear of choice for Don Johnson was the legendary Ray-Ban Wayfarer II.

Though the Miami Vice tv show has been off the air for several decades now, the Miami Vice fashion style can still be seen today. Suits with pastel undershirts can still be found often in pop culture, especially when it comes to anything involving Miami.

Probably the most prominent Miami pop culture figure today is Pitbull, and we can see he still rocks the Miami Vice fashion style in his music videos.

Much of the staying power of the Miami Vice Suit stems from the fact that suits in general have always been in style, and the ones from the 1980s weren’t overtly outlandish. So we don’t expect this 80s fashion trend to leave us any time soon, and for that we are thankful. 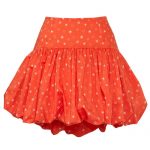 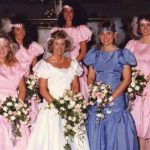