The 80s are often remembered for the music and the fashion. One of the great influencers of 80s fashion was Dapper Dan. His fashion appealed to the hip-hop scene in that era and continues to fascinate many people today. He paved his way when the barriers of living in poverty and being discriminated against were stacked against him.

Dapper Dan has earned his place as one of the best fashion designers in the 80s and beyond. His attention to detail, choice of colors and materials, and style are hard to match. He set the bar high for standards of quality, and he never backed down from pushing the fashion industry to its limits. Fresh ideas and unique aspects have made him a name people know!

Who Was Dapper Dan?

“Dapper Dan” was born Daniel Day in Harlem, New York. He grew up in a large, poor family which was common at the time where he lived. As a young teenager, he learned various forms of gambling. He saved his winnings and used them to open up his first store. Street life made him wise but he knew he wanted a different path for himself. He was influenced by Malcolm X and determined to make a good life for himself doing something he was passionate about.

Writing was his passion and his first real job was writing for a local newspaper. He changed his lifestyle habits, eating a vegan diet. He gave up drugs, alcohol, and tobacco product use. He was in Africa from 1968 until 1974 through a program sponsored by Urban League and Columbia University. His first retail experience began when he returned to New York in 1974. The items he sold out of his car were stolen. Most of them were obtained through shoplifting, but all that would change when he started to get serious about fashion.

His Influence On 80s Fashion

Dapper Dan is probably most noted for making “Logomania” a popular fashion trend. If you’re not familiar with this fashion trend, basically it was clothing that was covered in logos, typically those of designer brands.

Iconic brands like Louis Vuitton and Gucci are brands we typically think of when we remember 80s logomania. Also it should be noted that they typically were of a bootleg design, as this made the fashion accessible to those who weren’t able to afford the “real thing”.

Dapper Dan owned and operated a popular boutique for 10 years. It spanned from 1982 until 1992. It was open 24 hours a day, 7 days a week. This was very different than the other stores in that part of Harlem. He believed how you dressed influenced how people interacted with you. That was a driving force behind his designs.

His initial thought was to be a wholesaler and resell clothing. He felt discriminated against with the purchase process for those items. Instead of giving up, he started buying materials and creating his own clothing to offer at the boutique.

His fashions were very popular in hip-hop culture. Many of the top artists wore his clothing, and that influenced their followers to buy similar items. Some of the most notable celebrities that wore his clothing included Salt-N-Pepa, Mike Tyson, and LL Cool J.

His Influence On Fashion Today

While the 80s are just a memory many like to relieve in various forms, Dapper Dan continues to influence fashion today. Gucci picked up one of his fashion lines in 2017. He also opened a new boutique in 2018 called Dapper Dans of Harlem.

Many of the items he offers today have a vintage theme reflective of the 80s culture. He was featured in Time Magazine in 2020 as one of the most influential people of that year.

Even though the 1980s have come and gone, it is still great to see a fashion icon of that era still being relevant today. Dapper Dan continues to be a trailblazer when it comes to fashion, and we believe his influence will continue to be felt in the fashion world for years to come. 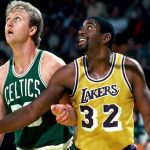