The 1980s marked the most impressive decade for the NBA with some of the most talented players playing during this era. Actually, a vast majority of historians allege that the brilliance of these players rescued the NBA from its declining popularity at the time.

Many would argue (and we agree) that the 1980s was the golden era for NBA Basketball. It was a time when the game was played hard and fast, and some of the most iconic all-time greats became legends during this time.

Magic Johnson was arguably the most successful NBA player of the 1980s. He won 5 NBA titles, all of them coming in the 80s. He began and spent all of his NBA career with the Los Angeles Lakers, something that apparently worked out really well for the iconic franchise.

Just like his bitter rival Magic Johnson, Larry Bird’s NBA career was very promising from the onset. Having won the NBA championship 3 times, Larry Bird is not only ranked as one of the most successful players of the decade, but also of all time. He often is considered by many to be a Top-10 all-time great, and no list about 1980s basketball would be complete without Larry Bird.

He played for the 1986 Celtics, which was one of the most lethal teams in NBA history. He also had legendary rivalries with NBA stars like Julius Erving besides the aforementioned Magic Johnson. He flopped somewhat in the late 1980s due to nagging injuries, but when he was in top form, it was a tall order to compete against him.

James Worthy played a pivotal role in helping his team secure three separate NBA championships in the late 80s. Having joined the league in 1982, James Worthy suffered a serious injury that derailed his progress in his first season.

Fortunately, he recovered quickly and forced himself back into the mix of things. Worthy together with other legends of the sport was integral in making the Los Angeles Lakers team of the 1980s the most dominant force in the league.

Moses Malone is undoubtedly one of the most successful players in NBA history. He boasts of three separate NBA championships, all of which came in the 1980s.

After failing to clinch the NBA championship several times with the Rockets, Malone joined the 76ers in 1982 and went ahead to bag the ultimate prize. He maintained a superb form throughout the 80s earning the title “All-star game” for nine consecutive years in the course of that decade.

Kareem Abdul Jabbar is undoubtedly one of the most prominent NBA players of the 80s. He won 5 NBA championships in the 1980s and 1 more at the onset of the 1990s. He was one of the key players of his team even at the sunset of his career, and is the all-time leading scorer at the time of the publishing of this article.

In 1985, Kareem was dubbed “Finals MVP”, and remained an icon throughout the decade until the time he choose to hang up his boots. To date, Kareem still holds several amazing NBA records that the present crop of NBA players are struggling to beat.

Many feel that perhaps Isiah Thomas may not belong on this list, but the fact is he led the Bad Boy Detroit Pistons during the 1980s and also won 2 NBA championships, which is why we believe he deserves to be mentioned. He also is one of the “50 Greatest Players In NBA History” as well as a Hall Of Famer to boot.

Though he may not have as many accolades as the previously mentioned players, it always seemed that Isiah and the Detroit Pistons were a force to be reckoned with, and so he deservedly gets a mention when it comes to the greatest players of the 1980s.

So there you have it, our picks for some of the best players of what we believe was the best decade for basketball. Did your favorite make the list? 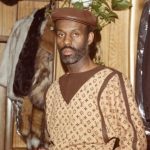 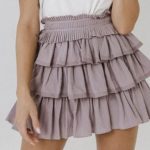