Reading Rainbow is a show that we remember from our childhood that we still think of fondly today. If you are like many kids who grew up in 1980s America, then watching PBS was an important part of your day.

Most households simply did not have access to cable programming, and some of the best shows for kids could be found on public broadcasting. From Sesame Street, Zoobiliee Zoo, to Reading Rainbow and 3-2-1 Contact, PBS brought educational television into every home across the country.

The use of synthesizers was becoming commonplace in the early 1980s. And like many shows, Reading Rainbow’s theme song was composed on one.

It did not matter where you were in the room at the time, when you heard the first few notes of the theme song coming out of the television speaker, you knew it was Storytime.

And, before you even made it to your favorite spot in front of the family television, you were already singing along with “butterfly in the sky….”.

The song, like many of the most popular shows for kids of the day, was a catchy tune. It wasn’t uncommon to hear a classmate humming or even singing the theme song out loud in class the next day.

Decades later the children of the 80s still think back, reminiscing on days gone by, and singing the theme songs to their favorite childhood shows to themselves.

The Host Of Reading Rainbow

The smooth tone and reading style of LeVar Burton captured your attention and drew you into the book. Every episode started with a themed introduction to the story, its author, and even a short summary of what to expect.

As he held the book up high for everyone to see, the segment segued into the animations, music, sound effects, and narration of the story. There was just something about the way each story was read and animated that drew you in, and sparked your imagination.

But the show was not just about the book itself – there was a whole lot more to it. The story would only take up the first half of each 30-minute episode. The remainder of the show was spent on scientific discovery. The host, LeVar Burton, would explain the technology, science, and world around us in a way that was easy to understand and remember.

Reading Rainbow was more than just storytime. It was about learning something new about the world around you. After all, PBS specialized in educational television shows for growing minds. Sure, the story was an important part of every episode and invited millions of children around the country to pick up a book and read for themselves. But, the simplification of advanced concepts regarding the world we live in made it a unique and fun experience.

Before cable television and channels like Nickelodeon were readily available, kids of the 1980s only had what their television could pick up from the airwaves. Ever so carefully adjusting the bunny ears to make sure that the picture was crisp and clean, kids all over the nation would sit down and spend hours watching PBS and its many popular shows.

Even after cable television’s popularity grew, public broadcasting stations were still an important part of educational television. The Reading Rainbow is a big reason for this, and that’s why we remember it so vividly as part of our childhood for those kids who were lucky enough to grow up in the 80s. 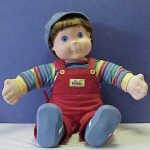 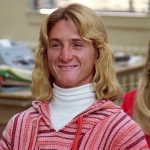