Baja Hoodies was a fashion trend that was fairly common amongst hipsters in the 1980s that’s now starting to see a comeback. Since 2010, Baja hoodies have slowly made its way back on the fashion scene, although most people, especially those who didn’t live in the 1980s, still have no idea what they are.

No longer a worn shroud of Dave Matthews Band fans or a faded symbol of countercultural idealism, the Baja sweatshirt is once again the suit for the new New Age hippie era with their philosophy of “taking it easy”.

What Is A Baja Hoodie?

The Baja Hoodie (also known as the Mexican Baja Hoodie, Baja Sweatshirt, or Drug Rug) is a Mexican jacket with a large front pocket and side vents. Like flared pants and leather jackets, the Baja hoodie is now a part of American culture and will likely be further recycled, reused, and redefined over time, along with America’s relationship with West Coast drug culture. The Baja Hoodie has particularly gained a resurgence in liberal towns and big cities across America, from New Hampshire to San Francisco.

Baja hoodies are proof that hippie culture is making a roaring comeback. As drug culture becomes more mainstream due to the decriminalization of popular drugs like marijuana, it’s no surprise that the fashion has started to make a slow return as well.

Probably the most iconic example of the “Baja Hoodie” was the one worn by fictional character “Jeff Spicoli” in the movie “Fast Times At Ridgemont High” (1982). The red, pink, and black baja hoodie worn by Sean Penn’s character really solidified Baja Hoodies in 1980s pop culture.

The legend of the Baja hoodie has also become so synonymous with West Coast drug culture that people have made them in all kinds of materials. The shirt can be made from hemp, but it is usually made from a cotton blend.

As time went on, the production of this iconic fashion item changed, and little by little it became clear to everyone that not everyone who wears a Baja Hoodie is into stoner culture, so to speak.

Due to their association with stoner characters in movies and television, the Baja hoodie became associated with drug addicts and burnouts. However these days with marijuana being decriminalized, they have also become a more mainstream piece of fashion worn by a wide range of young adults.

Like all hoodies, the Baja Hoodie is also a very versatile jacket that can be worn in many different ways and evokes a sense of nostalgia for people from the 80s. These hippie-inspired hoodies kept many skaters warm in the 80s and 90s.

In the 1980s, Californian surfers brought these hooded shirts from their surf trips from Baja California to Mexico. They’re also really popular in places like Colorado, where a substantial amount of Californian New Age Hippie culture has gained in popularity.

As they say: “fashion is cyclical”. Today’s fad is tomorrow’s flop and vice versa. Are Baja hoodies here to stay (again)? Who knows? We just know that they look great, are really warm, and are really easy to match with pretty much anything. They’re not that expensive either, which makes them a fashion that is accessible to just about anyone.

Regardless of whether they become a fashion trend again, Baja Hoodies still remain a great functional piece of clothing. They are easy to wear and pretty warm, which make them great to use in cold weather. However, it is most likely that Baja Hoodies will be a fashion trend that will have plateaued in the 1980s, but we hope we are proven wrong about that. 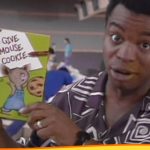 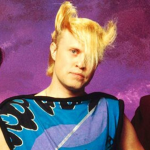