The Drug Abuse Resistance Education program, or DARE for short, was started in 1983 by Police Sergeant Glenn Levant who believed that children needed to be taught about drug abuse and how to resist peer pressure. He came up with the idea to teach children about drugs and drug abuse in school because he felt that drug use was especially prevalent among teenagers.

When the program began it was introduced to fifty schools in Los Angeles, California before becoming popular enough to be implemented across the United States.

Over time the program grew quite rapidly, and the DARE Program was popular in 1980s for the following reasons:

DARE was introduced in schools

This program was very popular in the 80s because it was introduced to schools and went along with the anti-drug use atmosphere that surrounded teenagers. Reagan’s “Just Say No” campaign which happened during this era made it increasingly important for kids to be educated about drugs and drug use, so when a program like DARE came along that taught students how to reject peer pressure and resist drug abuse, it was received well.

Because of the atmosphere of anti-drug use that surrounded teenagers’ lives in the 80s, they wanted to see immediate results from this program. They didn’t want to participate in a program that told them to just say no if it didn’t work, or if it wasn’t effective. They wanted quick results and DARE gave them that result which is why teenagers were supportive of this program back in the 1980s.


Drug abuse was prevalent during 1980s

Because drug abuse was so prevalent among teenagers living in the 80s, the idea of teaching students about drugs and enforcing anti-drug use policies had widespread support.

Students weren’t the only ones who were concerned about mounting drug problems among teenagers, parents and adults living in the 80s also supported this program because they wanted to ensure that their children didn’t succumb to peer pressure and give into drug use as well.

Peer pressure and anti-drug use campaigns were popular

Peer pressure was another concern of adults living in the 80s, they wanted to make sure their children didn’t fall prey to it. Their confidence in DARE’s ability to instill values among students also stemmed from the fact that these types of campaigns for fighting peer pressure and anti drug use were very popular during this era.

The program was easy to implement

Because of the success that DARE had in the 1980s, it was implemented across the U.S. quickly and easily because it fit with anti-drug use campaigns and peer pressure campaigns which were quite popular at the time.

While many programs at the time required input from parents, DARE did not. Parents wanted to have the peace of mind that their children were being taught about how to reject peer pressure and resist drug abuse without having had to get involved with this type of program. Some parents believed that if they had gotten involved in anti-drug use programs, it would have opened the door for more problems with their children.

The above are some of the reasons why this program was so popular in the 1980s. After a while though, some people began questioning its effectiveness and whether or not it worked. Nowadays, this program is no longer as popular as it once was but many schools still have anti-drug use programs that are similar to DARE. 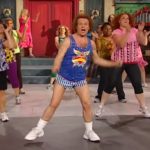 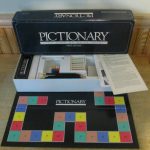