Unless you’ve been living under a rock, at some point in your life you have probably played Pictionary. However did you know that this legendary game has its origin from the best decade ever?

“Pictionary” is the name of a board game that has been delighting people all across the United States and planet for quite a while now. If you’re not familiar with the game Pictionary, in a nutshell it’s a game that revolves around the guessing of vocabulary words. It’s reminiscent of charades in many ways.

A Brief History Of Pictionary

Robert Angel is the individual who is behind Pictionary. He is a Canadian-born individual who actually established Pictionary from the comforts of his compact apartment. This was back toward the beginning of the 1980s.

In the early 80s, Angel was working as a waiter, and he would return home from his job daily to meet up with some of his closest buddies. They would all take part in a game that involved selecting miscellaneous dictionary words. Players would then draw pictures of the words they chose for all of the others.

Angel relocated to Seattle, Washington a couple years after he first came up with Pictionary’s distinct concept in 1984. It was around this time that he came across his forgotten game jottings.

He conducted several game trials alongside family members and things went well. This experience compelled him to go forward with making Pictionary, allowing the game to finally come to fruition for the members of the general public.

He assessed the dictionary in full as a means of putting together an extensive list of words. He recruited a couple of other individuals to help him, and in the end they all came up with Pictionary’s initial 1,000 games. The group did all of this from inside Angel’s residence at the time.

Angel, Gary Everson and Terry Langston released the game once 1985 came around. Angel Games was formed and is the company that put Pictionary out, and the company was able to spread the word out about the game through intensive marketing and advertising.

Initially they sold a whopping 6,000 Pictionary games throughout the span of a single year. The game cost $35.00 a piece at the time.

Angel, Everson and Langston teamed up with Western Publishing and The Games Gang in 1986, and licensed Pictionary for distribution soon after. Eight years later, world-famous Hasbro assumed the publishing of the game once they purchased Western Publishing’s existing game division.

Mattel is the toy powerhouse that bought Pictionary years later in 2001. It’s the company that made the Barbie doll a huge sensation all around the globe.

Pictionary at the time had a presence in 60 countries globally. The game had grown massively over the years from its humble beginnings, and it was accessible now in a total of 45 languages. The United States alone had 11 separate versions.

Roughly 32,000,000 Pictionary games have been purchased by enthusiastic customers in all different corners of the planet. Pictionary has been a huge staple among board game aficionados everywhere since its inception, and it continues to be a force to be reckoned with to this day. 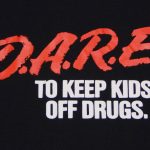 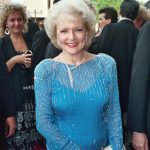