The 1980s was a decade of change, and for many, it was seen as the start of the computer age. IBM and Apple were companies that were battling it out to bring PCs to every home in America, and the industry would take a quantum leap forward and usher in a new era of technology.

Not including some of the more popular electronics like the Nintendo Entertainment System, or the portable GameBoy, the 1980s was known for introducing the world to affordable personal computing systems.

Obviously we couldn’t imagine a world without the PC today, but back in the 1980s, computers were still a novel concept with an uncertain future.

In the 1980s PCs were big and clunky, but at the time they were still considered revolutionary.

The thought of having your own personal computer was still very foreign, but the idea was starting to pick up steam, and numerous PCs were becoming available to the general public. So what were the most popular PCs of the 1980s?

Here’s our picks for the most popular 80s computers:

One of the first computers released in the 1980s was the Commodore VIC-20. Originally released in 1980, it was the successor to the very popular Commodore PET. It was so successful, that more than 1 million Commodores were sold that year with the help of Captain Kirk and Star Trek. William Shatner played an integral role in promoting the personal computer.

IBM had already played an important role in the development of the computer, but it wasn’t until 1981 that the first personal computer was launched. Known simply as the IBM PC, this first generation of personal computer featured a small 8088 processor that ran at a whopping 4.77 MHz.

It was also the first personal computer to feature its own operating system, MS-DOS. This particular computer was so popular, that it was cloned by a number of different manufacturers resulting in the jumpstart of the personal computing ecosystem.

By 1982, Commodore was ready to release its next generation of personal computers. Known as the Commodore 64, this computer originally came with only 64 kB of RAM. But what made the C64 so popular, was its graphics capabilities.

Thousands of different software programs were developed for use on the Commodore 64, resulting in more than 22 million units sold around the world.

The first personal computer manufactured by Apple was released in 1983. Simply known as Apple Lisa, it was the first computer to feature a user interface similar to the operating systems we use today.

Apple was able to develop its operating system, with the assistance of Xerox. While IBM had introduced MS-DOS, it was nowhere near as easy to use as the operating system from Apple.

Apple was growing in popularity but it was not perfect, and in 1984 Apple introduced the world to the Macintosh. Apple had purchased airtime during Super Bowl, in order to advertise the brand new Macintosh.

This bigger brother featured a Motorola 68000 processor and included a paint tool as well as a word processor. The Macintosh quickly became popular in schools throughout the country.

Later the same year Apple introduced its popular Macintosh computer, IBM hit the back and released the IBM PC Jr. Although it sold for nearly double the price of the Macintosh, it was marketed as a home computer.

As a result, only a few million units were ever sold. While the PC Jr. offered impressive capabilities, due to the higher price and lack of proper marketing, it was unable to compete with Apple.

It took 4 years of heavy competition between Apple and IBM before Commodore would release its next model. In 1985, the Amiga 1000 was released during a huge event that took place at the Lincoln Center. The Amiga was specifically designed for personal audio editing and recording.

While other manufacturers were focusing exclusively on business or educational machines, Commodore decided to move into the music industry. With the help of major celebrities such as Andy Warhol and Blondie, the Amiga made a huge splash as one of the most advanced personal computers of its time.

Five years after the introduction of the IBM PC, Compaq made its way into the personal computing market. In 1986, the company released the Deskpro 386 which featured the brand-new Intel 80386 processor.

This was the first 32-bit processor, and it provided the Deskpro with more power than any other personal computer available on the market. The first generation of Intel x86 chips took over the personal computing industry.

Realizing their mistake with the IBM PC Jr., IBM introduced their PS/2 model which also featured the popular 80386 processor. Likewise, in response to the popular Macintosh, IBM also released its own operating system known as OS/2. It was the first IBM personal computer that featured a 3.5” floppy disk, VGA graphics, and a mouse. It also featured expansion slots in the back that would allow a user to add to the computer’s functionality.

So those were our top picks for the most memorable 80s computers. The 1980s was the golden era of the PC, and we owe it to the computer pioneers of the day to acknowledge their contributions to how we currently live. Hopefully the 80s computers we featured in this list brought back some fond memories, and also an appreciation for how far we have come. 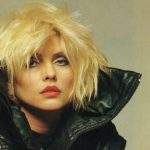 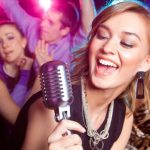