If you’re reading this you already know the 1980s was the best decade ever, but did you know it also gave us Lunchables? Yes that’s right, as if the decade wasn’t already rad enough, the 1980s gave us the coolest lunch option arguably that anyone has seen.

No longer did you have a boring wrapped up sandwich in a paper sack, now you had neatly sliced meats, cheese, and crackers that you could conveniently take anywhere.

If you’re not familiar with Lunchables (where have you been?) basically they are a portable lunch system made by the Kraft company. Typically they come with a couple of different types of deli meat, sliced cheese, crackers, condiments, and a mint like below:

However as the popularity grew, so did the kinds of options available. Currently there are about 30 different combinations of Lunchables on the market today including ingredients like pizza, chicken nuggets, hot dogs, and wraps just to name a few. Yes Lunchables have come a long way since it’s first introduced more than 30 years ago!

The Origins Of Lunchables

Lunchables was first invented by a team led by Bob Drane in 1985 as a way for Oscar Mayer to push more of their meat products like their bologna and other lunch meats. At the time sales of deli meats like bologna were losing steam, so the industry needed a new product to boost sales again.

The idea was that if they could create a fun and convenient way to eat these foods that it would be a hit with the kids. And Lunchables was born and revolutionized the way kids ate lunch for years to come!

Ironically years later when Drane was interviewed it came as a surprise to many that he did not eat nor give his family his iconic invention. He believed Lunchables to be “not nutritious” which is an odd twist to this story considering he created one of the most popular food products on earth.

Lunchables In The 80s

With it’s release in the mid-80s Lunchables took the world by storm. Kids loved the fact that they were fun to eat, and parents enjoyed not having to put together a lunch for their kids. Lunchables was also heavily marketed on TV with commercials like the one below:


Growing up in the 80s however Lunchables was definitely more of a “luxury item”. For starters they were definitely not cheaper than say making a ham sandwich at home, and for the most part they were pretty small. Unless you got full off a handful of crackers and some sliced meat, you probably finished your lunch recess pretty hungry.

However they were still a pretty cool lunch, and if you were fortunate enough to get Lunchables growing up, you probably had a few classmates that were envious of your mini charcuterie board. Sure you probably had to eat a snack again once you got home, but at least you got to show off your lunch.

Regardless if you had Lunchables or not, it remains one of the most popular foods even till this day. And of course it was all brought to you during the best decade of them all, the 1980s. 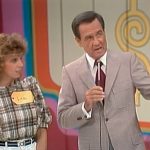 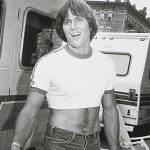