We think of crop tops now as mostly a fashion worn by women, but fashion in the 1980s was a whole different beast. During that decade, vivid colors, bold styles, and silhouettes were a huge trend. Biker jackets, polished oversized blazers, poof skirts, and ripped tights are just some of the signatures. Along all of those was the crop top, and specifically crop tops worn by men.

Crop tops are also known as cutoff shirts or belly shirts, in which one’s waist, navel, and abdomen is exposed. Looking back now, when we see crop tops worn by men we usually think of them as something only gay men would wear today.

However back in the 1980s some of the most masculine men wore them, and it was a way to show off your well toned midsection and attract the attention of the ladies.

During the 1980s crop tops were popular for men and could be seen in multiple films and television series, with the likes of Mark Wahlberg, Johnny Depp, and Will Smith all baring their bellies in crop tops in front of the cameras.

But why were the crop tops so popular for men during the 1980s? The answer is pretty simple.

During that decade, the fashion industry was very unique and the trends were really about making an impact. Alongside the astonishing hairstyles, the cropped top fashion trend began in the late 1970s and early 1980s.

The cut-off crop tops went viral after the popularity of the 1980s classic “Flashdance”. In addition to that, it was the aerobics craze that really turned the crop tops into fashion favorites.

Perhaps one of the most influential figures during that decade was the pop icon herself, Madonna, who made her debut in the music industry during the early years of the 1980s. In her music video for the hit single “Lucky Star”, the singer wore a mesh crop top, which popularized the look for women as well during the 80s.


Another celebrity that was seen wearing crop tops a lot during that time was Sylvester Stallone, who rocked crop tops during his work in the early “Rocky” films.

Additionally, music legend Prince also loved wearing extravagant clothes and was often seen in an outfit that includes a crop top. One of his most memorable looks is the cover of the critically acclaimed studio album “Parade”, in which the best-selling artist is seen in a buttoned-up and body-hugging crop top.


Besides all the public figures making crop tops an 80s fashion trend, it was also the obsession with dance aerobics that helped the crop top gain popularity among both men and women. Thanks to its small size and comfortability, the crop top was the perfect choice for an aerobics outfit.

As for the cropped t-shirt, this was another piece of cloth that could’ve been seen in every state of America, especially during the hot summer days.

Whether it’s a cropped jersey or a cropped t-shirt, three decades later, these crop tops experienced a revival thanks to the popularity of 1980s fashion. Will you be bold enough to wear one out? 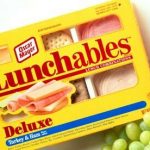 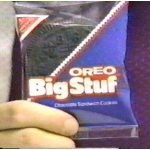