Fashion in the 1980s revolved around bold colors and a fascination with neon. Hypercolor shirts were introduced at the tail end of the 80s and became a highly anticipated fashion trend that saw almost every middle-school and high-school student scrambling to get one of their own.

A shirt that changed color with exposure to heat, it was a fashion trend that took the US by storm, and has forever become one of the most iconic trends of the late 80s.

Hypercolor Shirts In The 80s

Hypercolor is a trademark by a company called Generra. The company was established in Seattle in 1980, sold in 1986, and purchased again by the founders in 1989, which was the first year Hypercolor shirts were introduced to the public.

Hypercolor T-shirts were cotton shirts that would change from one color to another when touched, breathed on, or exposed to heat. The shirts would come in one color and would change into another color, creating a fun and novel experience for the wearer.

It became a major hit among middle-school to high-school students who would show their friends how their purple shirt would turn into pink with a touch of a hand, and return to its original color a few minutes after.

The shirts came in a variety of colors with some featuring the Hypercolor logo or quotes. Teenagers who wore the shirts would constantly have hands touching them to imprint handprints and even different shapes. It was a major fashion trend that every teenager wanted to get their hands on when the shirts were first released by the company.

They were marketed as Generra Hypercolor or Hypergrafix, and internationally, they were called Global Hypercolor.

The Science Behind Hypercolor Shirts

Hypercolor shirts were sometimes dubbed “Mood Shirts,” in reference to the popular mood ring phenomenon of the 70s, where rings were marketed to change colors depending on the “mood” of the wearer.

Technically, though, the rings used a technique called thermochromism, where a liquid pigment was placed into the rings, changing color with a change in body temperature.

The same principle stands behind Hypercolor shirts. The same science was used, which is thermochromism, but instead of a liquid pigment, a dye was used on the shirts. The science was invented by Matsui Shikiso Chemical of Japan, to which Generra bought the rights.

At only roughly $20 a piece, kids could have a brightly colored shirt that turned into a second color when touched, when blown on, or when exposed to a blow dryer. It was a shirt that was fun and affordable, and thus appealed to a lot of people.

Generra’s marketing strategy of promoting the shirts on MTV and teenage magazines like Seventeen and Thrasher introduced it to a youthful market, who thought the shirts were cool and fun to wear.

When kids wore Hypercolor, their peers would get so jealous they’d ask their parents to buy one for them, which created huge sales for Generra in 1989 and well into 1991.

Though the popularity of Hypercolor shirts was short-lived, it became an iconic symbol of the 1980’s obsession with colors, as well as the era’s need for new and novel ideas.

Today, Hypercolor shirts are a nostalgic fashion trend that many people remember as an exciting and fun piece of clothing that everyone wanted when it was first released.

Though it was a short fad, clothing brands today revive the science and have been producing color-changing clothing reminiscent of Hypercolor’s original idea. However for those of us who grew up in the 80s, hypercolor shirts will always have a special place in our hearts. 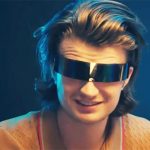 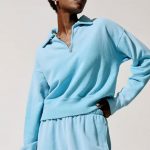