News Anchors From The 80s

Before everyone got their news from the internet, in the glorious 80s if you wanted to know what was going on, you got it from one of these news anchors from the 80s. You didn’t have as many choices as you do today, and one could argue it was a time when “news was news”. People didn’t fight over things like “fake news”, and in general what you heard from your nightly news broadcast was basically the gold standard and accepted to be true (what a time to be alive).

It was the golden era for nightly news and tv journalism in general, and if you grew up in the 1980s, undoubtedly you knew who these iconic news anchors and personalities were.

On August 9, 1983, ABC announced that Jennings had signed a four-year contract with the network and would take over as the only anchor and senior editor of World News Tonight on September 5. Jennings would host the show from the show’s new headquarters in New York City. The proclamation signaled a generational shift in nightly newscasts and the beginning of the “Big Three” period, which included Jennings, Dan Rather of CBS, and Tom Brokaw of NBC.

The competition between the three nightly newscasts had reached a fever pitch by 1989. When the Loma Prieta earthquake shook the San Francisco Bay area, media commentators praised Jennings and ABC News for their swift on-air response while criticizing Tom Brokaw and NBC News for their slow response.

On April 5, 1982, Brokaw took over as co-anchor of NBC Nightly News from New York with Roger Mudd in Washington, succeeding John Chancellor. After a year, NBC News president Reuven Frank felt that the dual-host show was unsuccessful and replaced Brokaw with a single anchor. On November 9, 1989, Brokaw made history by becoming the first English-language broadcast journalist to cover the collapse of the Berlin Wall.

On September 11, 1987, Rather walked off the set in disgust, just minutes before a remote Evening News broadcast from Miami, where Pope John Paul II had begun a rare visit to the United States. He was irritated because the U.S. During the newscast’s time slot, an open tennis match was shown.

He was enraged that the news was being cut to make room for sports. He addressed it with the sports department, emphasizing that CBS Sports would cover the half-hour if the show did not start on time. The tennis match between Steffi Graf and Lori McNeil ended sooner than expected, at 6:32 p.m. Rather, though, had disappeared. (CBS Sports had eventually agreed to discontinue commentary immediately after the game.) As a result, over 100 affiliates were forced to broadcast six minutes of empty air.

Although she was not one of the “Big Three” news anchors, Barbara Walters was an influential personality in the 1980s and pioneered the notion of female news anchors. She became the first woman to co-host The Today Show in 1974, making her the first woman to occupy such a position on an American news show. She continued to be a trailblazer for women in broadcasting in 1976, when she became the first female co-anchor of a network evening news show, the ABC Evening News, partnering with Harry Reasoner. Walters was the producer and co-host of ABC News magazine 20/20 from 1979 to 2004.

Sam Donaldson was an iconic news personality that had been on the beat since 1967. Originally hired as the White House correspondent for ABC, he went on to cover huge stories for the network including the Vietnam War and the Watergate Scandal. He also anchored the ABC Sunday Evening News from 1979-1989, and if you watched the news at all during the 1980s you most definitely recognize his face.

Mike Wallace was a legend in the news business with a career really spanning before television was even around. Starting his career in radio in 1939, he honed his skills until eventually switching to this new thing called TV in 1949. He is however probably most well known for his work on the popular “60 Minutes”, working on the show for 37 years, which again if you grew up in the 1980s you probably watched your fair share of him for sure.

Connie Chung started her career as a CBS correspondent for the legendary Walter Cronkite. One of the few women on the national stage, her talent allowed her to climb the ranks eventually anchor “NBC News At Sunrise” in 1983. She also anchored the Saturday night version of “NBC Nightly News” and also filled in time to time for Tom Brokaw. Furthermore her being of Asian heritage which for the time was rare, further added to her visibility and why many remember her as a prominent figure in the news business during the 1980s.

So there’s our list of the most prominent news figures of the 1980s. Before the internet and the craziness that is social media, they worked hard to bring us the news, and that’s why we have fond memories for the news anchors from the 80s. 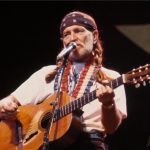 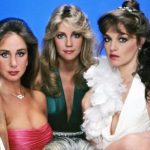