The 1980s saw a resurgence in the popularity of suspenders by both men and women. Although once a popular way to hold up pants, suspenders became an integral way for people to express themselves artistically.

In the 80s we mostly think of suspenders as being worn by serious business types or even nerds, though of course their were also exceptions to the rule. Many of the most memorable tv and film characters wore suspenders in the 80s, and the old school fashion accessory quickly become popular once again.

The History Of Suspenders

For more than 300 years, people have used some form of suspenders in order to hold their pants up. In fact, historians trace back the use of suspenders all the way back to 18th century France.

The modern pair were first conceptualized by Albert Thurston back in 1822. At the time, both pants and skirts were cut high above the navel, and due to the impracticality of belts at the time, suspenders grew in popularity. However, all of that changed after World War I.

Prior to the First World War, suspenders were regularly worn by men under their waistcoats. Because they were hidden from view, they were often seen as an undergarment.

As the war came to an end, the popularity of vests and waistcoats waned, and as a result more men switched to belts over suspenders. And by 1938, more than 60% of men preferred wearing belts rather than suspenders.

Suspenders In The 80s

For decades, the tuxedo had slowly fallen out of favor, with most men preferring to wear a regular suit and tie to dinner. But the 1980s saw an increase in the number of black-tie affairs which resulted in a resurgence in the popularity of tuxedos. In order to meet the increased demands, manufacturers began turning to synthetic fibers due to their ease of manufacturing and elastic nature.

Thanks to the development of synthetic fibers like nylon, suspenders could be manufactured in a wide variety of colors. As a result, suspenders quickly transitioned from being a formal attire accessory to being a prominent part of casual wear. Both men and women began wearing suspenders as an accessory because they could match them to just about any outfit.

At the end of 1978, ABC created a spinoff from one of the most successful episodes of the popular sitcom Happy Days. The show, Mork & Mindy featured Robin Williams as an extraterrestrial who arrived on earth in an egg-shaped spacecraft.

Suspenders came to be known as a fashion of businessmen everywhere, and portrayals of the fashion in movies like Wall Street only helped further popularize the trend.

Everyone’s favorite nerd from the 1980s, Steve Urkel from “Family Matters” (1989), also wore suspenders. In fact his trademark look were jeans that were a little too high on the waist and a pair of suspenders!

Steve Urkel was an icon for nerds across America, and his trusty suspenders could be seen basically every episode.

By the start of the 1980s, a new restaurant chain by the name of Bennigan’s started popping up around the country. The standard uniform for waitresses was a pair of high waist pants and suspenders.

By this time, suspenders had become a gender-neutral accessory that both men and women could wear, so naturally, women and girls started matching suspenders to their skirts and pants.

By the mid-1980s, suspenders had become so popular that pants were often sold with matching suspenders at most department stores.

Suspenders are still around today, though they are nowhere near as popular as they were in the 1980s. Typically we see them as a fashion amongst businessmen, but that’s about it.

These days people don’t really wear suspenders as a casual fashion, and for the most part this trend has died out outside of the boardroom. However we will always still remember suspenders as being a great fashion that were popularized by some of the most memorable characters from the 1980s. 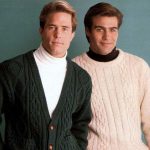 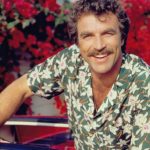