When we think of the most iconic toys of the 1980s, the talking Teddy Ruxpin is near the top of most memorable. Whether you thought he was the coolest thing ever or something that was super creepy, during the 1980s this talking bear was everywhere!

Have you ever had an imaginary friend who could actually talk back to you? If you grew up in the 1980s, there’s a good chance you did. Long before people even talked about A.I. (well at least not in the movies) there was a toy that all 80s kids clamored for, and that was Teddy Ruxpin!

The talking Teddy Ruxpin toy was among the hottest Christmas presents of 1985, and even if you didn’t get one of your own, chances are it wasn’t long before someone invited you over to play with theirs. But why was Teddy Ruxpin so popular? Let’s look at the reasons why this adorable toy was so beloved by kids in the 1980s!

What Was Teddy Ruxpin?

Teddy Ruxpin is an animatronic toy that was popular in the 1980s. He is a teddy bear that tells stories and sings songs. He was one of the first toys to use voice synthesis, making him a very popular toy then. Here’s one of the early commercials for the popular toy:


Teddy Ruxpin was also popular because he interacted and engaged with children. The toy would respond appropriately to what the child said or did, creating an engaging interactive experience.

For example, if you pressed his back, he would say, “that tickles.” Children could also play along with the story being told by Teddy Ruxpin, and they had a lot of fun doing so.

Why was Teddy Ruxpin so popular?

So why was this talking story time bear so popular?

It Was A Unique Toy

For the longest time in history, there had never been a toy quite like Teddy Ruxpin. The world’s first animatronic bear was not only animated by a built-in cassette player, but could also move his mouth, and wink at you when he spoke with a distinct voice.

The ability to talk back and forth with your child was something that could never be found in a stuffed animal before. The fact that kids could interact with Teddy Ruxpin brought out a whole new set of feelings, emotions, and overall excitement for children everywhere.

State Of The Art Features

Teddy Ruxpin may seem dated now, but for kids in the 80s, it offered state-of-the-art technology that no other toy could. Kids who were too young to read loved how Teddy would read stories aloud, while older kids enjoyed taping their own stories into him so they wouldn’t forget them over time.

Teddy Ruxpin wasn’t just great because of his interactive design; he could actually help children learn about storytelling. These qualities led to the massive success of this one-of-a-kind toy.

Even though Teddy Ruxpin was a smash it during the 1980s, sadly it is nowhere near as popular today. Obviously advances in technology make Teddy Ruxpin seem archaic now, but back in the 1980s it was one of the coolest toys ever.

Today, you can still find a variety of Teddy bears on the market, but it’s hard to find one as unique as Teddy Ruxpin. His facial expressions were a huge part of his charm, but many newer models don’t include this feature. Even the “New Version” of Teddy Ruxpin doesn’t quite match up to the original’s charm unfortunately.

The iconic ’80s toy became an instant success, selling tens of thousands of units. Teddy could read stories aloud to children using recorded cassette tapes. In the early 1990s, technology caught up with Teddy, and he was able to be battery-powered and didn’t need cassettes. He even had light-up eyes that changed colors when he talked!

In a nutshell, Teddy Ruxpin was so popular because it was an animatronic teddy bear that could tell stories and play music. Although toy makers have tried to create better toys since then, few have been as successful as Teddy Ruxpin. The original toy is still considered one of the best-selling toys of all time, and it was a neat little part of an 80s kid’s childhood. 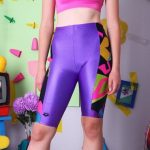 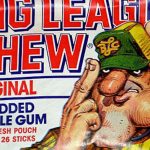