He started his acting career in the 1980s, and this fact could lead some to ask, what were the best Nicolas Cage movies of the 1980s? He has a lot of memorable productions in this era, but we tried to pick the best of the best.

Here are our picks for the best Nicolas Cage movies of the 1980s:

This teen comedy-drama is about Julie (Deborah Foreman), a popular girl who feels dissatisfied with her arrogant boyfriend. She then meets Randy (Nicolas Cage), a Hollywood punk and party gate crasher.

The two hit it off, but many do not approve of their relationship. It leads to Julie dumping Randy. Randy pursued Julie, settled their differences, and reconciled. This film did fairly well and was praised for the good acting the two leads displayed.

This crime drama film is about a 1930s Harlem jazz club. Nicolas Cage played a supporting role in the movie named Vincent Dwyer as an Irish-American mob hitman. His character was very ambitious and lived a life of a gangster. The film did not do well at the box office, but it did receive a lot of praise from critics.

This crime comedy film is about an odd couple: An ex-robber and a policewoman. The pair wanted to have children, but the wife Ed (Holly Hunter) is infertile. Adoption was not also possible due to his (Nicolas Cage) criminal record. Hilarity ensues as the duo take the matter into their own hands. They kidnapped one of the Arizona Quintuplet sons. In the end, the two came clean and returned the child to its rightful parents. Critics described this film as highly entertaining, and as proof, it did well at the box office.

This romantic comedy is about a complicated relationship with a widow who falls in love with her fiance’s brother. Loretta (Cher) was engaged to Johnny, but he had to leave and visit his sick mother. In his absence, Loretta grew close and intimate with Ronny (Nicholas Cage). Upon Johnny’s return, he breaks his engagement off with Loretta. He believed in the superstition that pursuing it could result in his mother’s death. Ronny takes this chance to propose to Loretta, and she gladly accepts. This film earned Nicholas Cage a 1988 Golden Globe nomination.

This comedy horror film is about a mentally ill man. Peter (Nicolas Cage) is a literary critic who thinks a vampire has bitten him. He then succumbs to acts as a vampire would do, like hating the sunlight, having dark shades on while indoors, and wearing fake fangs.

His condition gets worse, and he ends up committing murder, a deed he told his psychiatrist, and coincidentally the girl he bit on the neck was pronounced dead. He met his demise by being stabbed by a makeshift stake. This film did not do well at the box office, but it managed to have a cult following since its release.

There you have it, our top 5 Nicolas Cage movies from the 1980s. Did yours make the cut? Regardless we hope that you consider watching the above flicks to fully appreciate the genius of Nicolas Cage’s acting chops. 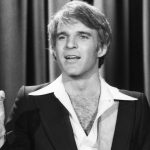 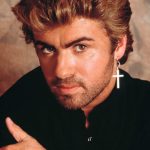