The amazing Back To The Future characters is what made the “Back to The Future” film one of the most iconic films from the 80s. This comedic science fiction movie deals with the concept of time travel. It was a box office hit and a top grosser among its contemporaries.

The success of the original film leads to two more productions under the franchise. The film’s influence even extended to the small screen with an animated series. This family favorite is also a featured amusement park ride, and many have lined up for it all over the world.

Do you recall who were the most memorable “Back To The Future” movie characters are? Let us go down memory lane and look back at the cast that made this cinematic masterpiece unforgettable.

The main star of the Back To The Future movie franchise, Marty Mcfly was a typical high school student residing in California. He is a teen having a difficult time.

His hopes to become a musician went down the drain, and his family is a mess. Marty even confided his fear of being a failure to his girlfriend. His fate changes as he embarks on an unplanned time travel journey.

Trying to flee from armed men, he rides the DeLorean and goes back to 1955. Marty then meets the younger versions of his parents and the plot thickness. Will this meeting change the future? How will he get home? It is a fun-filled adventure ahead.

Browse Back To The Future Stuff On Amazon Here

Emmett Brown is fondly called “Doc” by Marty. He is an eccentric scientist and the proud creator of the time traveling DeLorean. He is very passionate about time travel and managed to acquire a power source for his invention. But the plutonium in his possession placed Doc in trouble.

Marty searched for him in the past and sought his help with the DeLorean. He then warned Marty not to do anything drastic, since such actions can change the future and have dire consequences. Can Doc succeed in finding another energy source to take Marty home? This is the challenge Doc has to triumph over with the limited technology of 1955.

Biff Tannen is the abusive supervisor of George Mcfly, Marty’s Dad. He is the main antagonist of the story who enjoys bullying helpless George.

During Marty’s time slip, Biff is in high school and already is picking on the young George. He did many mean things to Marty, George, and even to Lorraine, Marty’s mother. Will Biff get what he deserves in the end? Every fan of the movie wanted to get even with this bad guy.

George was Marty’s cowardly and unsuccessful father in 1985. Back in 1955, when in high school, George was very nerdy. He is often bullied and does not stand up for himself.

He had strong feelings for a girl but did not have the confidence to approach her. Will Marty’s presence in the past bring him luck or misfortune? Can he pull himself together and be a better person in the future with Marty’s help? This dynamic is something the audience anticipated in the movie.

Listed above are the four characters that made the Back To The Future movie eventful and enjoyable. Their portrayals are relatable, and that made this film successful and influential throughout the years. 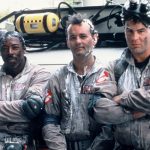 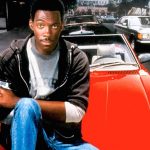