Umbro shorts were a very popular fashion trend throughout the late 1980s and into the 1990s. Up until the mid-1980s, they were virtually unknown throughout the United States, simply because they could not be purchased at local department stores.

However right around that time is when they exploded in popularity, and Umbro Shorts quickly became a staple of any athlete’s wardrobe in the 1980s.

The Beginnings Of Umbro Shorts

It was 1924 when Umbro sporting apparel was first established in Manchester. As a sporting goods company, they focused solely on the production of sportswear for rugby and football (American soccer). While today they are marketed in over 100 countries, since neither rugby nor soccer were very popular in the United States until the mid-1980s, the company didn’t even sell them in the country.

After the founder of the company died in 1974, control over the company was handed over to his sons Stuart and John Humphreys. At the time, many English football teams were wearing Admiral branded sportswear, but in 1984 they made the switch to Umbro. From there the popularity of the brand began to skyrocket.

Umbro Shorts In The 80s

After the company had convinced English football teams to switch over to Umbro shorts, they began producing a number of other pieces of clothing including socks, shirts, as well as shoes. The brightly colored and reflective nylon shorts eventually saw their peak in the late 1980s and the early 1990s as a result of their appearance in youth soccer leagues.

While the options for soccer apparel at the time were extremely limited, youth soccer players wanted to look just like the biggest names in English football. As a result, they began seeking out the popular Umbro apparel, and particularly Umbro shorts.

However, since they were not sold in any stores in the United States, kids were left with no other choice but to purchase the shorts out of the Eurosport magazine and wait for delivery.

That didn’t stop kids from buying them, and the inconvenient nature of the clothing only made the demand and appreciation for them grow even further.

By the mid to late 1980s, the demand for Umbro shorts grew by leaps and bounds. The drawstring shorts were very popular in the youth culture and were commonly worn by students who were part of local soccer leagues.

At the time, unless you were in one of the leagues, it was very difficult to get your hands on a pair of Umbro shorts. Eventually, however, it was discovered that the popular shorts could be purchased through a catalog that was known as Eurosport.

Eurosport was also the only source at the time to buy other brands from Europe such as Lotto and Kappa. Back in the 1980s, the only way to make a purchase from the Eurosport catalog was to send a check or money order along with an order form that was cut out of the catalog.

After kids and teenagers learned how to get their hands on Umbro gear, they quickly became a popular choice among athletes that not only played soccer, but also a variety of other sports as well.

Umbro shorts were not only fashionable, they were quite comfortable as well. The shorts made them a perfect choice to lounge around in, and this only added to their popularity in the 1980s.

Though Umbro had their heyday in the 1980s, the brand still continues to persevere today. They still continue to make top quality soccer and rugby clothing, and we will always remember them as one of the great brands of the 1980s. 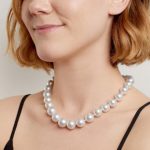 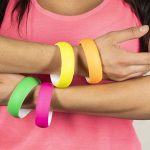