Pearl necklaces are one of those timeless jewelry fashions, but they were especially popular in the 1980s. The 80s was an era of trend explosions, and this included the field of jewelry. One of the most iconic pieces of jewelry in the 80s was the pearl necklace, donned by pop superstars Madonna and Cyndi Lauper, as well as by royalty, including Princess Diana and Queen Elizabeth.

With fashion being more and more experimental and inclusive, pearl necklaces were no longer exclusively worn by celebrities and royalty, but faux pearls became easily accessible, making pearl necklaces an everyday accessory the ordinary woman could wear.

Pearl Necklaces In The 80s

Pearl necklaces are classic pieces of jewelry that have long been worn by men and women. Found in mollusks, pearls are considered to be the most precious gemstone, and they represent elegance, sophistication, and luxury. Pearls used to be considered a rare gem, often given as gifts to leaders and royalty, but as soon as cultured pearls were produced, their value began to decrease.

Nevertheless, pearls are still considered precious and expensive, especially the ones that are cultivated in the wild. The first personality to popularize pearl necklaces as an everyday accessory was Coco Chanel in the 1930s. She loved pearls and encouraged women to wear strands of pearls together with their daily wear.

Before the 80s, pearl necklaces were considered to be an investment because of their rarity and price. But in the early 80s when fashion accessories became widely accessible, faux pearl necklaces soon became a must in every woman’s wardrobe.

Since trends during the era consisted of big and bold styles, pearl necklaces were often designed with other gems and precious metals like gold and silver. No longer were pearl necklaces limited to simple strands, but they were now styled with different rhinestones, pendants with polished gold, and made into multi-strand chokers that were highly popular at the time.

From Genuine to Faux Pearl Necklaces

What spearheaded the popularity of pearl necklaces in the 80s was the proliferation of costume jewelry that made these accessories affordable to the mass market. During the 70s, women were still limited in terms of owning bank accounts or credit cards, and so when they had more access in the 80s, the demand for women’s fashion boomed. Women suddenly had more purchasing power in the 80s, and designers, manufacturers, and stores took advantage of the growing consumer market.

Women could afford to wear strands and strands of pearl necklaces without breaking the bank since faux pearl jewelry was now available and accessible to the general public. Women could wear this piece of jewelry, as seen on the necks of famous superstars and celebrities, without having to spend a fortune, and it quickly became a regular everyday piece of jewelry worn by almost every woman in the 80s.

Pearl necklaces, especially multi-strand pieces, were an iconic 1980s fashion accessory. From the average working woman to teenagers wanting to look trendy and sophisticated, to fashionistas who wanted to look like their favorite celebrities, pearl necklaces were among the most popular trends in the 80s.

These days though pearl necklaces are still around, they aren’t as popular as they once were as an every day fashion. It seems they have reverted back to more of a formal accessory, but we will always appreciate their heyday in the 80s. 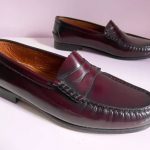