When it comes to 1980s movie franchises, one of the most popular was undoubtedly Ghostbusters. Originally released in 1984, this quirky movie about a ghost fighting team turned into box office gold resulting in sequels, cartoons, and a merchandising bonanza!

It also resulted in a ton of weird food creations, some of which seem quite tasty, while others not so much.

You already know that Ghostbusters is an epic movie franchise, but do they make good food as well?

Here are a few of the notable Ghostbuster food creations over the years, which ones would you consider eating?

Besides the “Stay Puft Marshmallow Man”, arguably the most iconic ghost character in Ghostbusters was the ghoulish green “Slimer”. And lets just say Slimer’s influence over Ghostbusters merchandise probably went too far in some cases, and that’s probably what happened with “Slimer Bubble Gum”!

This candy concoction basically came in a tube like toothpaste. Kids of squeeze it and it would ooze out like toothpaste and for whatever reason they would consume it.

Ironically Ghostbusters also had a popular toothpaste out at the same time, and there’s no doubt in our minds that some kid somewhere mixed these two products up for a nasty (or pleasant) surprise!

Arguably the most popular Ghostbusters food spinoff was the “Hi-C Ecto Cooler”. This was a green citrus flavored drink that again featured the popular Slimer character that was originally released in 1989, and chances are if you were a kid in the 1980s, you probably pounded a few of these in your heyday.

Even though it was popular, over time it was eventually discontinued as Ghostbusters faded in popularity without any new movies in the works. However the product has such a loyal fanbase that often they will release it when a new Ghostbusters movie pops up. For example with the latest release of “Ghostbusters: After Life” Hi-C brought a version of it back to promote the new movie.

Guess who escaped from the vault for an exclusive commemorative drop just in time for Ghostbusters: Afterlife, in theaters Nov. 19th?

While this won’t be available for purchase, show us the💚@DrinkHiC & @Ghostbusters & you may get slimed! #Ghostbusters: Afterlife #EctoCooler pic.twitter.com/xX9Vm2iEZO

To promote the release of the 2016 movie “Ghostbusters: Answer The Call” featuring the all female cast, Hostess released a version of their popular Twinkie snack with a green key lime filling (notice a theme?). Though the movie didn’t fair well, the Twinkies were popular and was one of the silver linings of the 2016 movie.

To celebrate the 35th anniversary of the original Ghostbusters film, in 2019 there was a release of Ghostbusters themed chocolate candy bars. One was filled with a green slime filling (yuck?) and the other with a toasted coconut filling as of course an homage to Slimer and the Stay Puft Marshmallow Man.

Yes incredibly there was such a thing as Ghostbusters Pasta. Originally introduced by Heinz in 1992, the pasta featured various Ghostbusters shapes in a tasty tomato sauce.

Heinz even came out with a nifty marketing campaign to advertise the pasta, and no doubt it hooked some kids into eating this canned concoction.

From what we can tell these were only available in the UK, but Ghostbusters Slime Pies for some reason actually was a thing. It’s basically an ice cream cone filled with marshmallow filling and then dipped in chocolate. It does not sound very appealing, but we guess different strokes for different folks!

Again another item we believe never made it to the US, Ghostbusters Slime Marshmallows are basically colored marshmallows coated in chocolate.

Here’s a review of the product by people that have actually gotten their hands on some of these rare delicacies!

Yes this monstrosity is exactly what it sounds like, a tube of candy gel that looks exactly like toothpaste. Squeeze some directly in your mouth and get on the fast track to type 2 diabetes! It also comes in several flavors as well for the goo aficionado, so definitely try them all!

Now it would take all day to list all of the Ghostbuster food products over the years, but the above is just a few of the most notable ones we could find. Did we miss any of your favorites? 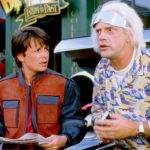 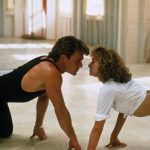