One of the most unique fashion trends when it came to the 80s were Z Cavaricci Pants. It’s not often that pants get as much attention as other types of clothing, but Z Cavaricci pants were in a league of their own.

In the 1980s fashion designer and founder of Z Cavaricci, James Cavaricci, created a line of pants that were considered to be revolutionary. These pants were made from a fabric that was lightweight and very comfortable to wear, and they didn’t look like anything you had ever seen before.

The pants were considered to be very modern at a time when high fashion was dominated by rigid and heavy materials. In the 80s, people were always looking for ways to stand out from the crowd, and Z Cavaricci let you do exactly that. It was an addition to your 80s pants fashion arsenal that was another way for you to let everyone know you were hip and cool.

Further popularizing Z Cavaricci pants were the many celebrities that wore them. The style became a cultural phenomenon during the 80s and early 90s. They were even seen on some hit TV shows, and this mainstream exposure would help cement Z Cavaricci’s place in cultural history.

Known as “Cavaricci’s” or “Z Cavs”, these pants let people know you were serious about your fashion since they were so unique looking compared to standard denim jeans or slacks. The high waist design even made them more noticeable, and if you were wearing a pair of them, you knew people were going to acknowledge your fashion tastes.

Why Were Z Cavaricci Pants Popular?

Z Cavaricci pants were mainly popular because of their unique design. They basically had a high waist, extra buttons, extra loops, and of course the signature white label that ran down the crotch. Most of their jeans and pants had unique front designs that made them really eye-catching and impossible to ignore.


While the pants were snug at the waist, they flared out at the thighs, and tapered down at the ankles. They almost looked like casual parachute pants that you could walk around in while running your daily errands.

Basically when you wore Z Cavariccis, it stopped people in their tracks, because the front design was so peculiar in comparison to your standard pair of pants.

Further popularizing the brand was the fact that Z Cavaricci also put out many “sophisticated” commercials that appealed to a more fashion forward crowd. They knew who they were marketing to, and their commercials reflected as much.

Their advertisements were definitely different compared to other contemporary brands at the time, and many will remember them for their artistry and flare.

Even though the 80s have come and gone, Z Cavaricci pants are still available today. Oddly enough you can find a lot of people selling them on eBay as a vintage item for those who want to relive their youths.

Also a few years ago, Z Cavaricci was planning a revival of sorts to mark the company’s 30th anniversary by releasing some new updated designs. These new designs would be sold at Neiman Marcus, and cost anywhere between $225-250 which is on the pricier side, but definitely inline with many higher end designer jeans of today.

However judging from the Z Cavaricci Twitter Account having posted last in 2019, and the fact the website listed there doesn’t work any more, they sadly may not be around today. Their Facebook account had posted as late as the end of 2021, but again the website doesn’t seem to work or any of their shopping links.

Regardless if they are still around or not, we will always remember Z Cavaricci as a brand that changed the way we wore pants in the 1980s. They were trailblazers of fashion, and if you were lucky enough to have a pair of their pants, consider yourself one of the lucky ones to have owned a piece of 80s history. 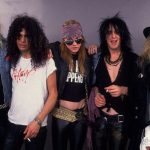 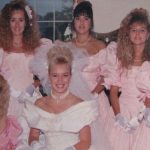