When it comes to nostalgia, 80s prom dress fashion is something that brings back memories. The styles ranged from classy to outrageous, and just like the other fashion of the time, it was incredibly unique.

Dresses worn to prom in the 1980s were more formal than those worn to regular parties, but were not quite as dressy as evening dresses. The enormous skirts, multiple layers of ruffles and lace, giant puffy sleeves, and satin fabrics were exactly what an 80s princess envisioned her wardrobe to be like.

The 1980s were a time of decadence and excess. The world was in a state of economic crisis, but that didn’t stop people from spending money on important events. The prom was an occasion for young men and women to dress up, show off their best dance moves, and have a good time with their friends and classmates.

We all know that fashion was huge in the 1980s, but for one of the most important events of a young person’s life, the stakes couldn’t be higher!

The biggest social gathering of the year was your high school prom, and girls spent weeks, sometimes months, hunting for the perfect dress. So what were some of the best 80s prom dress fashion?

Here are some of the best prom dress fashion trends from the 1980s:

One of the most iconic prom dress trends of the 1980s was having a little bit of “shoulder flare”. Usually the shoulder area of 80s prom dresses weren’t just straps, they involved some sort of “puff” that added some character to the dress.

The 1980s, though much more provocative than previous decades, was still much more tame than today. And most women, rather than showing a bare shoulder, often preferred a puffy sleeve that covered that area.

Another popular 80s prom dress was the “mermaid dress”. This was a dress that went almost all the way down to your feet and hugged your body. Often the mermaid dress did have puffy sleeves, though it was often worn with bare shoulders as well.

The mermaid dress flared down at the bottom, often quite dramatically.

Another popular 80s prom dress fashion were “Tulle Dresses”. If you aren’t familiar with tulle, basically it was a soft nylon material like a netting that is used to make wedding veils. However it was often used in 80s prom dresses to accent them and give them some flare.

Tulle prom dresses were wildly popular in the 1980s, and it’s an instantly recognizable look even if you’ve never heard of tulle before.

Just like how bright colored clothing was a popular fashion trend at the time, it was also in style when it came to prom dresses. During the 1980s we saw a lot of purple, teal, turquoise, and bright pink prom dresses rule the day. They were often made of shiny material as well, and when you stepped into the gym ballroom your dress reflected the lights!

Bright colors were just another form of self-expression when it came to 80s fashion, and your high school prom was not exempt from this fashion trend. Some bright colored 80s makeup with a matching 80s prom dress meant you had a good chance to go home as prom queen!

The style of 80s prom dresses has faded in popularity over time. Though bold at the time, when we look back at the fashion now it was still relatively tame. As time went on, prom fashion changed, along with society in favor of looks that showed a little more skin and dresses that were a little shorter.

However like everything retro, putting on a throwback style from the 80s for your prom dress will never be a bad idea. People love 80s nostalgia, and there are still many prom dress styles from that era that remain timeless. 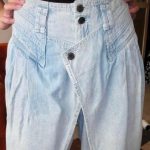 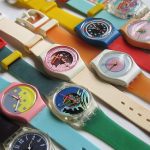