The Rise Of Guess Clothing In The 1980s

Did you know that popular clothing brand Guess got its start in the 1980s? Anyone who has visited a mall recently no doubt has passed by a storefront of the iconic brand.

Guess was one of the most popular 80s clothing brands in America. During this time, the company had a clear marketing strategy and brand image that drew both celebrities and models in alike. As you can likely imagine, this glamourous marketing strategy worked—and it’s still working today!

So how did Guess come to be the fashion juggernaut that it is today?

Guess Clothing In The 1980s

Guess had its humble beginnings at the beginning of the greatest decade ever. It was started by a fashion visionary, and today boasts sales of over $2 billion annually worldwide.

Paul Marciano founded Guess in 1981, and he still serves as CEO of the company. Marciano was born in France, but he grew up and attended college in Los Angeles, California.

He started modeling at a young age, and after graduating from Cal Poly Pomona with a degree in business administration, he began to work for other brands before launching his own line. And the rest as they say is history!

Guess Marketing In The 80s

You might remember the famous Guess ads that were everywhere in the 1980s. They were on the covers of every magazine you could think of (including Sports Illustrated), and they featured supermodels like Claudia Schiffer and Elle Macpherson in their memorable print ads.

The company was no stranger to controversy. They were criticized for taking advantage of beautiful women by putting them in skimpy outfits, but Guess had an equally controversial ad campaign featuring black models as well.

It was controversy like this that helped make the brand popular, and the Guess brand build its reputation on pushing the envelope over the years.

The 1980s were an era of indulgence, and besides the use of supermodels in their marketing, the company also used commercials that featured celebrity culture.

Their TV ads often featured glamour and extravagance, and it really ushered in the era of the high end fashion show as we know it today.

For example here’s a TV commercial titled “Paparazzi” which features a celebrity like figure running from photographers, in a sort of “Cat and Mouse” game theme:


The commercial really encompassed the feel of the image that the brand wanted to portray, which was one of celebrity and exclusivity.

In fact the marketing worked well to attract the fashion forward consumer, who almost felt that if they bought some Guess clothing that they too could capture a little bit of that celebrity magic.

Guess’ Commitment To Its Image

Guess has always been associated with celebrities. One of the more recent examples of this is the hiring of Priyanka Chopra as a brand ambassador.

Priyanka Chopra is one of the most famous personalities in India. She has a huge fan base, especially among young people; she is loved by kids and adults alike. Her role as a Guess model follows a long list of celebrities and supermodels that have represented the brand over decades.

The company has always had a clear marketing strategy and image that appeals to celebrity culture. The company’s target market is teenagers and young adults who want stylish but affordable clothes, and their ads almost target a fantasy of being rich and famous.

The brand has always been associated with a specific style of clothing that appeals to people fascinated with the famous, and this branding still continues on to this day.

Guess has had many different ads over the years, but its marketing strategy always stays the same. They are a company that promotes itself through celebrities and models, and it was really one of the first clothing brands to market itself in a glamorous way.

The genius of Guess was that even though it paraded models and celebrities in its advertisements, the clothing brand was still affordable to the masses. And that really is why the brand is as big as it is today, because it allowed the average consumer to experience a little bit of the celebrity lifestyle at a price that was reasonable. 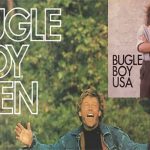