Issey Miyake is one of those brands that hit its heyday in the 1980s but has still managed to remain relevant today. These days we think of the cologne when the Issey Miyake name arises, but a few decades ago they were a trailblazer in fashion.

Miyake revolutionized the fashion industry throughout the 80s, and the company’s impact at the time cannot be overstated. Here is a video from the Issey Miyake runway show in the 80s in Tokyo, Japan:

While Issey Miyake was known for his high end runway fashion, he also did produce clothes for the “average person” in the 1980s, though they were definitely on the pricier end. After all it was still “designer clothing”, and with that came designer clothing prices.

Issey Miyake clothing was typically loose fitting, and often oversized which was a popular trend in the 1980s. He also utilized a lot of stipe patterns in his clothing.

Issey Miyake made everything from t-shirts, skirts, to jackets and more in the 1980s, and they often adorned the “I.S.” logo or his full name to let people know what it was. You probably paid a few hundreds bucks for it, so you had to announce it to the world!

Issey Miyake clothes were not cheap, and typically they were worn by those with deeper pockets. However despite that fact they were still widely popular in the 1980s, and it wasn’t uncommon to see people wearing his clothing out and about in public.

These days vintage 80s Issey Miyake clothing is still in high demand, and many items can even command thousands of dollars on the secondary market!

It was during the late 1980s when Issey Miyake began experimenting with a new way of pleating clothing that would not only allow flexibility of movement but was also easy to care for. This was important because at the time a number of pleated clothing options were available, but caring for them was extremely difficult. Rather than re-create the pleats altogether, Miyake focused on creating what he considered to be memory fabric.

As a result of his work on very lightweight materials, that were easy to care for as well as providing extremely flexible movement to the wearer, Miyake was asked to design a costume specifically for the Ballett Frankfurt.

By using his newly developed memory fabric, he was able to permanently pleat the costume so that there was very little loss of detail even after a long and arduous routine. It was through his work with the ballet, that he was able to truly revolutionize pleating within the fashion industry.

But many within the fashion industry attribute Issey Miyake’s success to a photographer named Irving Penn. Starting in 1986, Penn would work with Midori Kitamura, Miyake’s attaché, to model and photograph each of his seasonal lines of clothing.

For more than 14 years, Penn would help Miyake shine within the fashion industry, through his regular photo shoots with Vogue. Each season, Kitamura would fly from Tokyo all the way to New York, in order to work with Penn and a long list of up-and-coming models.

And just like the abstract look of Miyake’s fashion lines, the models would strike a variety of abstract poses. Some even insist that it was Irving Penn’s work with Miyake that inspired Madonna’s 1990 song “Vogue”.

Although Issey Miyake provided a lot of unique and interesting designs to the fashion industry, his heart was still in providing updated versions of traditional Japanese clothing.

It was back in 1981 when Miyake first introduced his unique pleated clothing, which was used in a traditional Nihon Buyo dance. This form of dancing dates back to the Edo Period which ended in 1867, and was composed of several other dance styles from older generations.

The term itself directly translates to “Japanese dance”, and although it does not refer to dancing in general, it explicitly refers to the kabuki buyo form of dance that is performed in theaters.

Throughout the 1980s, Issey Miyake continued to make headlines as he introduced a smorgasbord of very popular yet unique clothing lines. And although he had made apparel for both men and women, in 1994 he turned over his men’s fashion line to his assistant Naoki Takizawa.

Then in 1999, he also turned over control of the women’s fashion line to his former assistant. Although he continues to oversee much of the work today, he spends most of his time concentrating on various research projects related to the fashion industry. 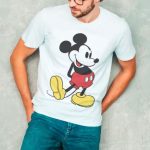 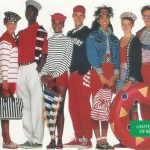