One of the most unique fads of the 1980s has got to be the popularity of Mickey Mouse T-shirts and sweatshirts. While Mickey Mouse apparel had been around for quite a long time already, it wasn’t until the early 1980s that its popularity exploded.

If you grew up in the 80s, chances are you owned a few pieces of Disney clothing. These print shirts and sweaters were very popular during the 80s, and you couldn’t go to the mall or store without seeing someone wearing them it seemed.

Mickey Mouse T-Shirts In The 80s

The rise of Mickey Mouse fashion wasn’t a coincidence. The iconic cartoon figure had already been around for decades, but it wasn’t until the 1980s where people really started to wear Mickey Mouse (and other) Disney gear.

So why were Mickey Mouse T-Shirts so popular during the 80s?

Back To The Future

It was 1985 when the hit film Back to the Future was released onto the big screen. The movie itself was about a teenager named Marty McFly, who lived in California with his geeky father, alcoholic mother, and 2 older siblings. He loved rock ‘n’ roll, and even entered a competition at his school but failed miserably.

Nevertheless, with the help of Doctor Emmett Brown, his life changed forever. In order to save Doctor Brown’s Time Machine from terrorists, he accidentally drove it back to the day when his mother and father first met.

His interaction with his mother and father ended up altering time altogether, and his siblings started to disappear from a photo he kept on him. His older brother, Dave, was wearing a red Mickey Mouse shirt in that now iconic photo.

Another famous sighting of the retro Mickey Mouse T-Shirt was in the 1983 classic movie “The Outsiders”. In the film, Emilio Estevez’s character “Two-Bit Matthews” is seen famously rocking a Mickey Mouse cut-off shirt.

Movies like The Outsiders and others prominently featuring characters wearing Mickey Mouse T-Shirts made them cool and fashionable to wear in the 1980s. It also helped that typically the characters rocking the Mickey Mouse gear were the cool and rebellious ones.

Throughout the 1980s some of the most notable celebrities were also seen sporting Mickey Mouse apparel. By the mid-1980s, Mickey Mouse T-shirts had become universally worn by both men and women.

And that list goes on to include unlikely names like Axl Rose, Dave Grohl, as well as the entire Climax Blues Band. It was hard to find a celebrity who wasn’t wearing a Mickey Mouse T-shirt at least once in a while in the 1980s.

Naturally since the general public saw so many of their favorite stars wearing t-shirts with Mickey Mouse on them, it’s no coincidence that these shirts became wildly popular during the 1980s.

Whether it was a casual Mickey Mouse t-shirt, sweater, or cut-off, it seemed like clothing with Mickey Mouse stamped on them was everywhere in the 1980s.

Disney’s Rise In The 80s

Prior to the 1980s, Disney had produced a number of films, but it wasn’t until the 1980s that the number of film releases skyrocketed which also added to the Mickey Mouse T-Shirt craze.

Without a question, the 1980s saw a number of very popular animated films by Disney.

In 1986, “The Great Mouse Detective” was released and chronicled the investigative skills of a mouse who lived in the footsteps of Sherlock Holmes.

The early 80s also brought us Oliver & Company, the Black Cauldron, as well as the extremely popular Little Mermaid. And as the number of animated films released by Disney grew, the demand and popularity for Mickey Mouse apparel increased as well.

In the 80s children dragged their parents to see these animated Disney films, and many of the older generation grew to love them as well. And along with that came a rise in popularity of any sort of fashion related to Disney and their most popular characters.

These days Disney is bigger than ever, and it’s no surprise that clothing featuring their famous characters are still in fashion as well.

As with anything retro, these items always seem to find a way back into pop culture. It’s not uncommon to see celebrities wearing clothing featuring Mickey Mouse, especially these days with the explosion of popularity Disney has had over the last decade.

As Disney continues to be a leader in entertainment, it is likely that fashion featuring their most famous characters will continue to be in style. Mickey Mouse has been around for almost a century now, and we expect him to be fashionable for decades to come. 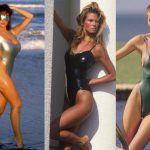 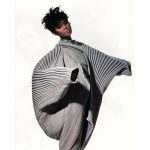