Jean jackets have been around for a very long time. Of course, with their inception they were meant for work and not as a fashion statement. However, in the 1980s there were a number of different articles of clothing that became not a fashion statement, but a staple of certain subcultures.

The jean jacket became especially popular with punk fashion in the 1980s. The punk fashion trend developed in both the United States and the United Kingdom at around the same time period. They paralleled each other and in some respects copied each other with the intent of outdoing one another. This, of course, could have been a mere coincidence. Regardless, the jean jacket was a statement that evoked images of tough people and times.

The entire point of the punk fashion was the tough, often dirty look most followers had. They took simple items of clothing such as t-shirts, jeans, and combat boots and transformed them into something that made punk fashion look militarized. They look as though they were ready to fight at any moment (which for the lyrics of the songs and type of music makes sense).

There was also a means of decking out jean jackets with all sorts of symbols. There were many of them, some that still persist today. The typical symbols were for punk bands, anarchist symbols, swastikas, and what would be considered hardcore symbols (skulls, fire, dragons, etc.).

The style was simple and meant to be intimidating. The t-shirts those in the punk rock subculture typically wore were adorned with messages of hate and anarchism. Popular among the shirts and jackets were those symbols of the bands who helped grow the subculture tremendously.


Of course jean jackets are not worn by just punk rockers. They were popular among them, yes, but people have worn jean jackets for comfort and warmth for the majority of their inception.

In the 1980’s they were typically used to accessorize a certain look that was meant to be tough, not just punk rockers.

Jean jackets in 1980s were worn by pretty much everyone who used it to spin their own styles. Celebrities, people who worked for a living, students, wannabes, everyone. They were often featured in movies and were pretty much ubiquitous with pop culture at the time.

The jean jacket is a simple piece of clothing that can be adapted to just about every style with a few modifications. It can be made to be preppy. It can be made to be goth, punk, hardcore, racist, militant, or simple. It can also highlight a particular ideology. There were a wide array of patches, slogans, buttons, and stickers people put on the jean jackets. They could be bought almost anywhere and were not only fashionable, but also durable.

Jean jackets can withstand a lot of different types of abuse. They can resist abuse from weather, washing, or hard handling. They were also fashionable because many people acid washed them, which was another style that began in the 1980s.

The jean jacket is something that has been popular for quite some time and will continue to adapt and evolve with its beautiful simplicity. 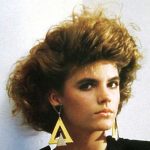 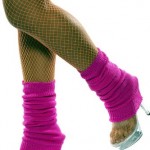