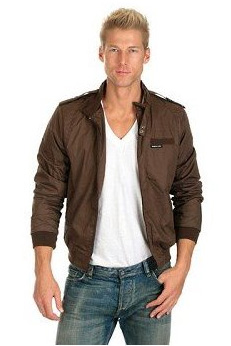 If you happened to be a male in the 1980’s who wanted to be seen in fashionable clothing, you needed a Member Only Jacket. These jackets first made their appearance in 1981 and were the jacket to have.

Available in a wide range of colors, Member Only Jackets were suitable for any outfit and any occasion, and could be worn time and time again.

The manufacturer of this particular brand brought out many other types of clothing, including other jackets, but it was the poly/cotton jackets that came with a nylon lining that were the most famous.

The jackets with their zipper that reaches all the way to the neckline, and the elastic wrist band and waist, made the jackets quite unique.

Members Only Jackets In The 80s

Members Only Jackets were all the rage during the 80s. They were stylish and a bit pricier, so if you had one, people knew that you took your fashion seriously.

They were also very comfortable and cool, so if you could afford one, why wouldn’t you have one in your closet?

As with any fashionable item of clothing, there are usually cheaper copies made. This is ideal for anyone who cannot afford the real deal, but when it came to Members Only Jackets, it was easy to spot an authentic jacket from a cheaper one.

The real Members Only Jackets had a black tag that could be found just below the breast pocket. The tag read ‘Members Only’, making it clear for others to see you had the real deal and you weren’t afraid to show it off.

Shoulder straps, otherwise known as epaulettes, are traditionally used in military clothing, and enable the wearer to add a piece of decoration to the garment. Members Only Jackets came with a shoulder strap, and gave the jackets a very unique military-esque look that was much-admired.

But the shoulder straps were not the only feature of these jackets, the fact that you could zip them right up to the neck was also very popular.

These jackets could be worn just about anywhere as they looked smart and sophisticated, but they were also tough enough for men to wear on any given day. If you wanted to look good in the 80’s, and you wanted to make a bit of a fashion statement, you needed a Members Only Jacket that you could wear with pride.

Are Members Only Jackets Still Popular?

Some 80’s clothing has stayed firmly in the 80’s, and we can only be grateful for that. Other items of 80’s clothing made their way into the 90’s and beyond.

While Members Only Jackets were not a huge hit in the 90’s, they were still around, but they now seem to be making a little bit of a comeback.

Members Only Jackets seem to be reappearing in pop culture in shows that have anything to do with the 1980s. For example Joe Keery wears one in Netflix’s “Stranger Things”, and even celebrities today still wear them from time to time.

The jacket has a timeless style, so it wouldn’t be surprising if they become wildly popular again.

If it ever comes back it would likely be due to the fact that a lot of us love clothing from the 1980’s, or we have simply fallen in love with style and sophistication, something that Members Only Jackets exude. 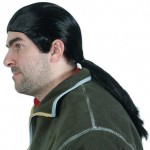 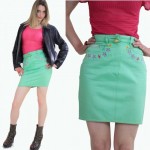