The 1980s were an interesting time for fashion, particularly in the world of menswear. Out went men’s three-piece suits and high-top leather shoes, replaced by baggy jeans and oversized blazers that looked like they belonged on an NFL linebacker, not on Wall Street.

Interestingly enough it wasn’t men that really popularized oversized blazers in the 1980s, it was actually women that brought them to the forefront.

For whatever reason, women fell in love with the fashion, and oversized blazers are one of the most memorable fashion trends that we remember from the decade.

So why were oversized blazers such a popular fashion trend in the 80s?

The History Of Oversized Blazers

An oversized blazer is a type of jacket that is bigger than usual. They were specifically designed for men, but women in the 1980s wore them too, and when we think of the 1980s fashion trend we typically remember them as being worn by women.

The popularity of the oversized blazer dates back to the 1920s, when French fashion designer Coco Chanel popularized her loose-fitting, fluid designs.

By the 1950s, oversized fashion became a staple in both men’s and women’s wardrobes. It was an easy style that could be used to create many fashionable looks with other clothing items such as skirts or trousers.

Oversized blazers were popular among both men and women in the 1980s. Men wore them to show off their broad shoulders, while women used them to create an illusion of a smaller waist.

Celebrities like Demi Moore, Sarah Jessica Parker, and Don Johnson were just a few that were often seen sporting the oversized blazer look during the 1980s.

During the 80s you could find many different types and styles of blazers, and the fashion was widely available at high end boutiques all the way down to your local thrift store.

Blazers were generally worn in fall and winter because they added an extra layer of warmth to your outfit, which made it easier to get around in the cold weather if you were bundled up nicely. However some men also liked wearing their blazers during summer because they just looked cool, and styles like the Miami Vice Suit were all the rage in tropical weather destinations like Miami.

In the 1980s oversized blazers began to appear on the runway for men and women designers. This trend was great because the clothes didn’t have to fit perfectly since they were intentionally designed to hang loosely from the body. And this seemingly awkward fit took off in popularity as it perfectly complimented the often eclectic fashion reminiscent of the 1980s.

Though not as popular as they once were, the oversized blazer fashion trend can still be seen today. The modern oversized blazer can be worn over jeans and a t-shirt, as well as over dresses and skirts. They can also be paired with distressed denim for a cool boho look.

A recent trend is to wear an oversized blazer with flared trousers or a long skirt for an elegant evening look. They are also available in different colors and patterns like black, navy blue, khaki green, brown, and red. Everyone from TV actresses, real estate agents, and executives of prominent corporations have embraced the trend.

Oversized blazers were a popular fashion trend in the 1980s, but the timeless look is still around today. The look has evolved over time, but this classic piece has not gone out of style.

Oversized blazers still can provide a touch of sophistication to any outfit, making them perfect for work or play. You can pair them with anything from jeans and a t-shirt, to a dress and heels. The versatility of this fashion is one reason why it is still so popular after all these years, and why we expect it to remain popular for years to come. 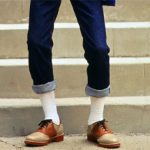 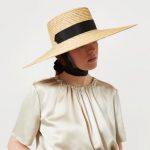